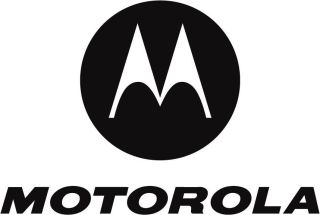 We all knew it was coming and rumors have been doing the round for several months, but now that everything has been signed and stamped, what can we expect from this Motorola/Kodak creation?

The ZN5 is the first cell phone to combine Motorola’s ModeShift technology and KODAK Imaging Technology. The combination of technologies from a well known mobile phone manufacturer and a famous camera company raises the bar in the cell phone with camera function market.

Up until now cell phones that incorporate a camera have largely been first and foremost, a cell phone. Along with similar devices (such as the Nokia N82, which also features a 5 mega pixel camera), the ZN5 redefines the idea of a cell phone with a camera and ventures into the realms of a cell phone and camera in one device.

Motorola and Kodak are really pushing the camera side of this phone, and with a 5 mega pixel camera, what the two companies claim are the fastest click-to-click times available an Xenon flash and optional 4 GB of external memory, it’s easy to forget that this device is also a cell phone and not just an ultra portable camera.

The ZN5 features Motorola’s patented CrystalTalk. A technology designed to help callers hear and be heard even in a noisier environment. You’ve also got dual compatibility for GSM and WLAN to help keep users more connected and it offers support for full HTML browsing.

In the last few years, cell phone cameras have been a topic of much debate. There are people who love to be out and about and have the ability to capture pictures and video with their cell phone so that they can snap and store all their memories without having to lug around their camera. However as the technology in the market advances, you’re looking at more expensive devices and many people have begun to wonder how cost effective it is to have a cell phone with an impressive camera that’s going to cost them an arm and a leg or two separate devices.