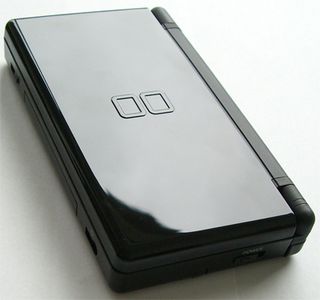 According to Wired, Japanese business publication Nikkei Net reported over the weekend that the latest DS will double as an MP3 player and also feature an onboard camera as well as improved wireless functionality. The device will reportedly be available first in Japan for 20,000 yen (about $188).

The addition of a camera and music playback to the DS would be an interesting move if it does come to fruition. The move away from portable gaming device and toward portable everything device isn’t too out of the ordinary; the mobile phone industry went through the same change a number of years ago and the addition of a camera and MP3 playback to handsets gave the mobile phone industry a new lease of life. Will the addition features have the same effect on the handheld gaming device? We doubt it.

When you look at the iPhone you see a phone, an MP3 player, an MID (mobile internet device), access to third party applications including games and people queueing up around the block to get their hands on it. Who’s to say people won’t be just as enthusiastic about a gaming device that takes pictures and plays music, along with improved wireless connectivity (reportedly for non-gaming functions)? Well there are a couple of things to consider before lumping the newest DS into the jack of all trades category.

Taking the iPhone as a prime example of an all-in-one device, look at what Apple has done. It’s taken three things that it knows the majority of people want. Nearly everyone wants or needs a cellphone. Most people will want to have an MP3 player, even if they only use it occasionally. Everyone uses the internet. We all talk to different people, listen to different kinds of music and visit different websites but the basic idea is the same, for a lot of people, cellphones, music and the internet are a necessity. Apple is catering to people’s needs with a device that does all three but the same can’t really be said for gaming.

While it is said that with the release of the Wii and the DS, Nintendo has an almost monopoly on the casual gaming market, the fact remains: not everyone is a gamer. You can try and cover as many genres as possible by releasing all the Brain Training and Wii Sports games you can think of but bottom line is there’s always going to be that group who don’t want to play games because people don’t see gaming as a necessity. This coupled with the fact that most mobile phones have an integrated camera and music playback means the new DS won’t necessarily be any more attractive.

Rolling a camera and music into a gaming device might please some, but it won’t bring many new users. If the company can incorporate the camera into gaming (and reports suggest that it might), then it could be a hit with gamers, but as far as trying to bring the DS to more people, this idea isn’t so great. Those who don’t game won’t want to buy a DS for the camera and music player, those who do, more than likely at least have a cellphone that does both of those already (if not a far superior digital camera and MP3 player) and will stick with their old DS.

Nintendo media events are scheduled for Tokyo and San Francisco this Thursday so it’s likely all will be revealed by the end of the week.