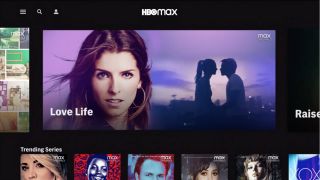 In a world that already has Netflix and Hulu among other streaming services, AT&T-owned WarnerMedia has decided that what you really need is yet another subscription offering where you can watch a mix of old TV shows, previously released movies and some original programming. So it's readying its own service, HBO Max, which looks seriously competitive now that we know the details.

When HBO Max launches in May 2020 for $14.99/month, it won't just be going up against established players like Netflix and Hulu. Disney will have launched its own dedicated streaming service by then, and Apple is readying its own slate of original programs to launch Nov. 1. So how does HBO Max figure to make a play for all those eyeballs that might otherwise be fixed on rival streaming services? An extensive library of WarnerMedia-owned programming figures heavily into HBO Max's game plan, as does a slate of exclusive original content from heavy-hitters like George R. R. Martin, J. J. Abrams, Ridley Scott, Ellen DeGeneres, Greg Berlanti, Meryl Streep, Lupita Nyong'o and more.

Here's what to expect from HBO Max once WarnerMedia flips the switch on its new service.

When is HBO Max launching?

HBO Max will launch in May of 2020, WarnerMedia confirmed at its investor event on Oct. 29.

That's actually later than AT&T's original plans, according to the Wall Street Journal. In late 2018, AT&T first talked about launching a streaming service all its own. Back then, the target date was to have everything up and running by the end of 2019.

What will HBO Max cost?

HBO Max will cost $14.99 when it launches in May, the same price HBO Now currently is, but with a whole lot more content to watch. Current HBO subscribers will get HBO Max for free.

But HBO Max is pretty pricey compared to its rivals. Even after recent price hikes, a standard Netflix subscription still costs $13 a month. Hulu's plans start at $6 a month. Even a $119-a-year Amazon Prime membership breaks down to $13 a month, and you get benefits like free shipping and access to special Amazon deals on top of access to Prime Video and its slate of TV shows and movies.

But with everything HBO Max is expected to deliver, $15 a month might not be too much to ask. Will people subscribe solely to get their Friends fix? Maybe not. But with exclusive content and Warner Bros. movies combined with all of the prestige series that make HBO great, HBO Max could woo subscribers away from Netflix.

How is HBO Max different from HBO Now?

If you heard WarnerMedia announce the new HBO Max name for its service in July, you may have been confused. Isn't there already an HBO streaming service, you might have wondered.

Indeed, there is. That would be HBO Now, which is how you can currently get HBO's programming without having to subscribe to a cable TV package. Pay $15 a month for HBO Now, and you get HBO's current original programming, an archive of old shows and a selection of movies on any mobile device, set-top box or web browser.

And don't confuse either HBO Max or HBO Now with HBO Go. That latter offering is how people with HBO subscriptions through their cable provider can watch HBO programming when they're not near a TV set. That's a lot of HBOs to keep track of!

If you're already an HBO subscriber, you'll get access to HBO Max for free. HBO Now and HBO Go aren't going away, but WarnerMedia says HBO Max will be the "workhorse" of the company's streaming offerings. Existing HBO services will continue as-is.

What will I be able to watch on HBO Max?

Well, obviously, HBO will be included with the price of admission. It's right there in the name. But considering that you can already stream HBO content — whether through the aforementioned HBO Now or as an add-on to services like Amazon Prime Video or Apple TV Channels — HBO Max is going to have to bring more to the party if it's expecting to attract subscribers. To that end, WarnerMedia plans to draw on its vast library of shows and movies as well a slate of original content.

The company will offer 10,000 hours of content to stream at launch next May, including HBO's slate of shows, original shows and a selection of Warner Bros. titles.

HBO Max will have 31 original series, alongside HBO's existing originals, in 2020, with 50 originals expected in 2021. More than 1,800 movies will live on HBO Max at launch, including the latest box office hits and all of DC Comics' live-action movies from the last decade (and every DC Batman and Superman film from the last 40 years).

The wonderful Studio Ghibli library — featuring huge titles such as Howl’s Moving Castle, Kiki’s Delivery Service, My Neighbor Totoro, Princess Mononoke and Spirited Away — will be a part of the HBO Max library. While John Oliver joked that HBO Max feels more like TV than HBO, this high-art library helps give HBO Max some gravitas.

In August, news broke that the BBC Studios sci-fi drama Doctor Who is landing its Tardis exclusively on HBO Max. All 11 seasons, including the Subscription Video On Demand (SVOD) debut of the 11th season. Other BBC shows headed to HBO Max include the original The Office, Top Gear, Luther and The Honorable Woman.

One of the marquee attractions will be Friends: WarnerMedia says HBO Max will be the exclusive streaming home for all 236 episodes of the long-running TV series. The Fresh Prince of Bel Air and Pretty Little Liars will live at HBO Max, too, and the new service will be where you can stream Warner Bros.-produced dramas airing on The CW Network (Riverdale, for example.)

In addition to that programming, HBO Max will tap the libraries of Warner Bros., New Line, CNN, TNT, TBS, truTV, The CW, Turner Classic Movies, Cartoon Network, Adult Swim, Crunchyroll, Rooster Teeth and Looney Tunes for shows and movies. South Park's existing library of 23 seasons will be on HBO Max, and the next three seasons will land on the service exclusively after airing on Cartoon Network.

What about original programming on HBO Max?

Like Netflix and Amazon Prime, HBO Max is looking to line up its own original shows. It has inked deals with Reese Witherspoon to produce two films for the streaming service and TV producer Greg Berlanti, whom you may know as the brains behind shows like Arrow, The Flash and others. One of his first projects for HBO Max will be to turn Chris Bohjalian's novel The Flight Attendant into an hour-long series starring Kaley Cuoco (The Big Bang Theory). He will also be making a series based on the DC Comics superhero Green Lantern.

A series from Ridley Scott, Raised by Wolves, tells a tale about a pair of androids who are raising human children — and they're apparently not on Earth. HBO synopsizes the show as focusing on a "burgeoning colony of humans" that "threatens to be torn apart by religious differences. Androids then struggle with controlling and herding those humans.

Oh, and there's a little show, you might care about. The Game of Thrones Prequel: House of The Dragon. It's probably gonna be a big deal.

Other original shows planned for HBO Max include:

* Made for Love: Another 10-episode series, this one adapts Alissa Nutting's novel.

* Rap Sh*t: a series from Issa Rae focusing on the Miami music scene.

What will this mean for other AT&T streaming services?

AT&T already offers DirecTV Now, a streaming service that provides access to live TV programming for a monthly fee, with packages starting at $50 a month. At first glance, the two services would seem to be courting different audiences — live television versus a library of shows and movies — AT&T has essentially confirmed that the future of DirecTV Now will be intertwined with the streaming service coming next year.

MORE: 8 Streaming Services You're Not Watching (But Should Be)

In a CNBC report from June, AT&T indicated that it planned to merge DirecTV Now into its then-unnamed WarnerMedia streaming service, though no time frame was given on when that would happen.

Then, when AT&T announced its quarterly earnings in July, the company confirmed that HBO Max would offer both live TV and sporting events. Some live sports will be exclusives, courtesy of AT&T-owned B/R Live.