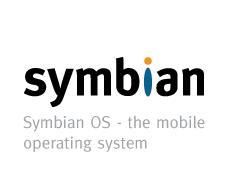 Nokia earlier today said that plans to acquire the remaining shares of Symbian Limited that Nokia does not already own and then contribute the Symbian and S60 software to a newly founded Symbian Foundation. Motorola announced that it will add UIQ technology and Docomo indicated its willingness to contribute its MOAP(S) assets to the asset base of the new organization. Together with Sony Ericsson, the three companies said that they will use these technologies to create one open mobile software platform.

AT&T, LG Electronics, Samsung Electronics, STMicroelectronics, Texas Instruments and Vodafone have agreed to join the Symbian Foundation in an effort "to extend the appeal of this unified software platform". According to Nokia, membership of the non-profit Foundation will be open to all organizations and a unified platform with a common UI framework is planned to be provided "to all Foundation members under a royalty-free license, from the Foundation’s first day of operations."

"Selected components" will be made available as open source at launch, Nokia said. Following this step, the Foundation intends "to establish the most complete mobile software offering available in open source." The time frame for this project is "the next two years". Open source components will be released under an Eclipse Public License (EPL) 1.0.

"Ten years ago, Symbian was established by far sighted players to offer an advanced open operating system and software skills to the whole mobile industry", said Nigel Clifford, CEO of Symbian. "Our vision is to become the most widely used software platform on the planet and indeed today Symbian OS leads its market by any measure. Today’s announcement is a bold new step to achieve that vision by embracing a complete and proven platform, offered in an open way, designed to stimulate innovation which is at the heart of everything we do."