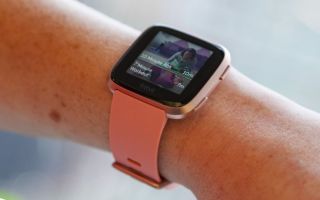 Even the best fitness tracker can't guarantee washboard abs. So before you invest your hard-earned cash on a new Fitbit, we're gathering the best Fitbit deals of the month.

Fitbit activity trackers are among the best fitness trackers you can buy. These wearable devices are excellent for helping you monitor and reach your fitness goals. However, there are multiple trackers and watches to choose from and finding the best Fitbit deals isn't always easy.

So we're here to help you score the Fitbit you want at a price you can afford. From the Fitbit Charge 3 to the Fitbit Inpsire, here are all the best Fitbit deals you can score right now.

Interested in knowing how the Fibit stacks up against the Apple Watch? Check out our Fitbit vs Apple Watch showdown to help you decide which one is right for you.

The perfect fitness tracker for newbies

The Fitbit Inspire HR is an entry-level fitness tracker that's perfect for anyone who's never owned a fitness tracker before. It nails all the basics like heart rate monitoring and step counting, plus it offers some bonus features like a waterproof design and touchscreen display.

There are two versions of the Fitbit Inspire: The pricier model with heart rate sensor, and a Fitbit Inspire for $69, which doesn't include a heart rate monitor. Neither model has built-in GPS, which means you'll need to carry your smartphone if you want to record outdoor runs.

In terms of pricing, the Fitbit Inspire HR deals have dropped the price of the device to $68. However, you can frequently find it for under $80.

The Fitbit Charge 3 is a fitness tracker that takes your activity tracking to the next level. It also sports an SpO2 sensor for sleep insights, which makes it useful beyond the gym workouts.

The device's large screen makes it easier to view health stats at a quick glance. The screen is actually 30% larger than the screen on the Charge 2.  That means you can now read entire messages and notifications without having to follow side-scrolling text. The screen is also fully touchscreen.

There is no built-in GPS, but this model can lock onto your phone's GPS in just a second and it delivers fairly accurate metrics. It also offers a new swim mode, which makes it useful for workouts beyond the gym and treadmill.

As far as Fitbit Charge 3 deals are concerned, the popular device has hit an all-time low of $99 quite a few times. There's also the Fitbit Charge 3 Special Edition for $119. This model includes Fitbit Pay, which lets you make secure payments on the go.

A smartwatch that does it all

The Fitbit Ionic is Fitbit's first smartwatch. Sure, there was the Blaze ahead of it, but the Ionic is everything the Blaze wasn't.  It features built-in GPS, NFC for payments, music storage, and an app store that lets the watch shine even when there's no smartphone in your pocket.

Design-wise, the Fitbit Ionic looks like a 1980s vision of a 21st-century smartwatch. The bezels are overly wide and the screen should be bigger. However, it makes up in performance what it lacks in looks. It offers continuous heart rate-monitoring, guided workouts via the new Fitbit Coach app, swim-tracking, and a run-detect feature that turns on GPS and starts tracking your stats when you've been running for 2-5 minutes.

It's water-resistant for up to 50 meters and has a lap-swim workout mode to track your swim workouts. It also has an SpO2 sensor for eventually detecting sleep apnea. We also like that it comes with 2.5GB of local music storage, so you can save up to 300 songs on the device or download Pandora playlists to listen to offline (you need a paid Pandora account to access that functionality).

The Fitbit Versa 2 edges closer to overthrowing the Apple Watch's reign. In our review, we liked its sleek, lightweight design, 5-day battery life, and female health-tracking features. It's also the first smartwatch to have Alexa built in.

The Versa 2's AMOLED touch screen is about 1.4 inches. It features an always-on option that shows the time, date and battery life. This screen is simply black and white in this mode. You have to wake the Versa 2 to get the full color screen.

The Versa 2 has a Sleep Score, which looks at all your sleep data from the night before and boils it down to a number from 1 to 100. The higher the number, the better you've slept. It's reductive, but handy. Meanwhile, Smart Wake aims to rouse you from bed more gently. Tell the Versa 2 what time you want to wake up, and it will look for a time when you're in a light sleep cycle to wake you up. (It'll wait within 30 minutes of your actual alarm time, so this isn't a feature you'll use if you need to be up at a specific time).

Smarter than your average smart scale

View Deal at Bed Bath & Beyond

The Fitbit Aria 2 is a smart scale designed to compliment your Fitbit tracker. It syncs automatically with your Fitbit dashboard and tracks your progress in easy-to-digest graphs.

We especially like that it supports up to eight different users and each users can lock their stats to keep them private. As for the info it tracks, the Aria 2 can record your weight, BMI, lean mass, and body fat percentage. Once that info is synced to your Fitbit dashboard/app, you get a more complete picture of your health beyond how many steps you've walked or how many calories you've burned. However, you'll need a Fitbit tracker to get that grand view of your fitness profile.

In terms of Fitbit Aria 2 deals, the smart scale costs $129 but can be frequently found on sale for $99. It briefly hit $50 earlier in the month, but even at $99 it's still one of the better Fitbit deals out there.

A Fitbit for kids

The Fitbit Ace 2 is Fitbit's dedicated fitness tracker for kids. It tracks steps, active minutes, and sleep. You can also set custom goals in the Fitbit app. Kids are encouraged to hit their goals with virtual badges and fun on screen celebrations when they reach their accomplishments.

The device has built-in parental controls, so parents have control over their kids' social interactions in the Fitbit app. Although it sells for $69, it's dropped down as low as $49 in the past.

Not sure which fitness tracker to buy? Our Fitness Tracker Buying Guide will help you narrow down your options.