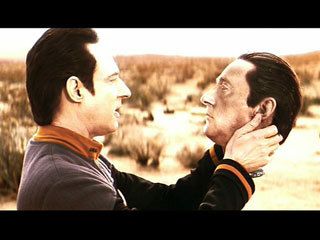 Announced today, the Siri functionality introduced in the iPhone 4S is the stuff of science fiction. Just watch the video above and tell me that isn't something that you would have seen just recently from a science fiction move or TV show.

While skeptics can say it's just a canned video, the early hands-on impressions from today say that it works pretty much as advertised. This is remarkable, and easily explains why Apple paid more than $200 million for the company behind this technology.

As a Nexus S user, I'm no stranger to Android's built-in voice recognition feature. I often use it for short dictation for when it's faster than typing. Apple's Siri, however, takes it to the next level and turns it into something that can completely change the way people interface with their phones.

Apple's product progression is mirroring what we've seen for decades in Star Trek. There was the PADD, which is what we have today in the iPad and other tablets. Now we have Siri, which lets us query for information using natural language.

Now, what would happen if we had one computer use natural language talk to another?

Someday this is how kids will feel about the way we're computing today: