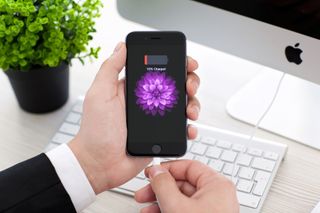 If you own an iPhone 6s or 6s Plus and noticed that your battery percentage indicator hasn't been updating, you're not alone — Apple has acknowledged the issue on its latest phones and added a support document for those affected.

The issue has been occurring for those who are either changing time zones manually in the Settings app or who have traveled and had the time zone changed automatically.

MORE: iOS Tips, Tricks and Secrets You Need to Know

In its new support document, Apple's first recommendation is to to turn your iPhone off and turn it on again. If that doesn't work, try the following steps:

1. Open Settings on your iPhone and go to General for more options.

3. Turn on the "Set Automatically" switch.

If you haven't traveled and are still seeing issues, Apple recommends calling its support line. The next update to iOS, version 9.3, is currently in developer previews, and will hopefully deliver a more permanent fix to the issue once it rolls out to the public.