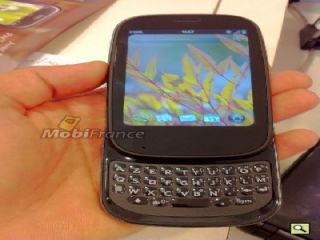 While we're busy fantasizing about the half dozen new Palm mobile devices HP is expected to launch next year, the company is focusing on events in the more immediate future. The Palm Pre 2 is launching on Verizon later this year, but HP looks to be taking a leaf out of Google's book as an unlocked version of the device will apparently be available directly from the company too.

Confirmed just two weeks ago, the Palm Pre 2 will be HP's first WebOS 2.0 device and will hit France before the United States. Though we still have no specific release date for the U.S. and Canada (other than 'the coming months'), it seems Palm has no problem dropping hints about availability. Speaking with MarkGuim.tv, Tim Pettitt, product manager for HP-Palm, revealed that a GSM version of the device will be "available direct from HP.com."

Pettitt didn't give much else away, nor did he talk any more about when we can expect to be able to purchase the device. However, he did mention that the phone uses Gorilla Glass to keep the display from getting all scratched up. If that name sounds familiar, it's because it's the same material used in the iPhone 4, the Samsung Galaxy series, the Dell Streak and Aero, and a whole mess of other mobile devices.

Check the video below for a dull demo of the Palm Pre 2.