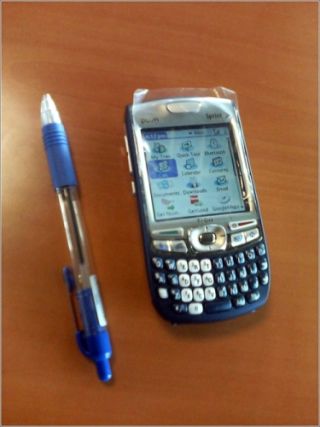 It’s no secret that the company that kicked off the smartphone business is planning a comeback. Details? That’s a secret. Palm is going to introduce its latest operating system, Nova, at CES in January. According to Business Week, Jon Rubinstein, the man in charge of product development says the goal is to create products that bridge the gap between BlackBerrys and the iPhone. That gap being RIM’s reputation for manufacturing devices geared toward business and the iPhone’s reputation for carefree fun. "People’s work and personal lives are melding," says Ed Colligan, CEO of Palm. Colligan adds that Palm is aiming for the "fat middle of the market."

While we’re excited to see what palm plans to show off at CES (and we’ll be there to bring you the news on the day), we’re not sure if this is too little too late. Sure, a new OS for Palm is something that fans will look forward to, but aiming for that fat middle market is probably a bad idea.

For one, that middle market isn’t as fat as it used to be. Right at the beginning, pre-iPhone 3G, there was a definitive line between iPhone owners and Blackberry users. It wasn’t unusual to see a teenager with an iPhone but BlackBerrys were almost certainly a device for a business man or woman. Since the release of the iPhone 3G, both companies have attempted to bridge the same gap Palm has its eye on. When the iPhone 3G hit the market, Apple pushed the “Enterprise” side of things. Shortly after, RIM brought out the Pearl Flip and the BlackBerry Storm, both taking a step away from the norm for the Canadian manufacturer. The Pearl Flip was the company’s first clamshell device and the Storm was the first touchscreen. Both have a certain ‘fun’ aspect along with RIM’s traditional business approach.

Then you have a whole host of companies with smartphones of their own. Ericsson, HTC, Samsung, LG. Not too many of them have been huge hits but a lot of people are happy with those devices and collectively they add up to a nice tidy sum. We’ll be very interested to see what Palm has to offer with Nova, but time is ticking.