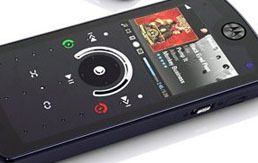 The ROKR E8, similar to the ZN5, it also has Motorola’s CrystalTalk technology designed to make calls sound clearer, especially in noisy environments.

Geared towards music lovers, Motorola has bundled this handset with pre-loaded music tracks and album art from Interpol, The Starting Line and The Red Jumpsuit Apparatus and it’s compatible with Windows Media Player 11.

Many people have one major problem with MP3 player/cell phones . They simply don’t come with enough space to replace your old MP3 player. The ROKR E8 comes with 2 GB of internal memory, and optional external memory expandable up to 4GB. Unless you’re one to carry around your entire music collection in your pocket, then this is probably a suitable solution if you’re looking to upgrade your cell phone and at the same time, get yourself a decent enough music player. Otherwise, it’s probably better to stick with your 30 GB iPod Classic.

One of the more interesting things about this handset is the keypad. It’s got what Motorola calls a “morphing” keypad. The keys disappear or become invisible depending on what function you want to use. In actuality, the keypad is a screen with Haptic touch, a feature that provides feedback via vibrations. It does come with a 2 mega pixel integrated camera but unfortunately it doesn’t have 3G however, given that it’s going to be offered on T-Mobile, that shouldn’t really be a problem.

The ROKR E8 is available from July 7th and is rumoured to cost roughly $199.