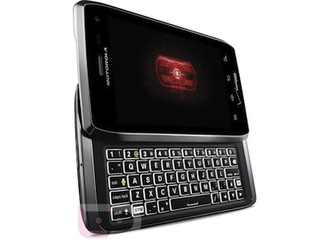 As much as I love the sleek and sexy feel of a touchscreen device unsullied by hardware keys, I love my QWERTY keyboards, and I'm not alone. Whether it's because they're finicky to use, less comfortable or less efficient, plenty of people shun touchscreen smartphones for those with full keypads. Sadly for us, there isn't an awful lot of smartphones with full hardware keyboards.

However, one manufacturer that's been consistent in its endeavor to take of keyboard lovers is Motorola and it looks like the company is on its way to releasing another Droid handset with a slide-out QWERTY keyboard. Droid-Life reports that the Droid 4 will be arriving at Verizon stores on December 8, the same day as the Galaxy Nexus, and has posted the following spec-list from its sources:

The site later obtained official press shots of the phone (above), as well as a comparison with the other Droid handsets. Check it out below (click to enlarge):

For more on the Droid 4, check out Droid-Life's Thanksgiving posts here.