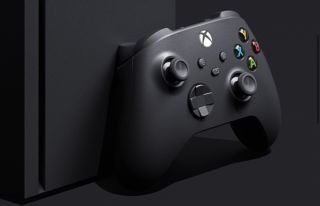 The next generation Xbox won't be called Xbox Series X. The name will simply be Xbox. Thank the Maker.

Most people — including us — were confused by Microsoft's choice of name for the new Xbox console, which was initially codenamed Project Scarlett. Xbox Series X is a weird name for a product. First, it is too similar to Xbox One X. Then, it seems like the name for a product line, not a single device.

As it turns out, Microsoft is now saying that we all got it wrong. Talking to Business Insider, a spokesperson for the Redmond company has confirmed that the name will just be Xbox: “The name we're carrying forward to the next generation is simply Xbox.” At last, the Xbox is getting back to branding 101 basics.

The rep added that, “similar to what fans have seen with previous generations, the name 'Xbox Series X' allows room for additional consoles in the future”.

Right now, Microsoft has the Xbox One X, the Xbox One S and the Xbox One S Digital Edition. It seems the Series X will allow for a similar lineup. According to the rumors, there will initially be two Series X consoles: the Xbox announced at the Game Awards 2019 — which is reportedly known internally as “Anaconda” — and a less powerful model called Project Lockhart.

This is the right strategy. As I said in a recent article, why don’t just drop all the arbitrary last names and focus on the brand. People can see the new design. It’s not that they are going to get confused with the console that came years ago. And, after all, these things come out every few years.

Calling it just Xbox will keep it clear and focused for everyone. Microsoft will probably just call the less powerful Project Lockhart the Xbox Lite or something similar. It just makes sense.

Check out our new Xbox hub for all of the latest news, specs, game info and other leaks.