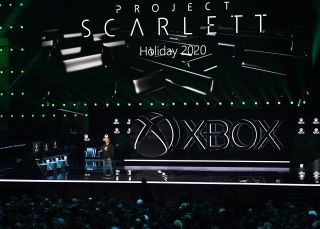 Some gamers will tell you that this generation's console war was decided at E3 2013. That's when it was revealed that the PS4 would cost $399, and the Xbox One — with more entertainment features but less overall power — a whopping $499.

With the upcoming launch of Project Scarlett, Microsoft is vowing not to make that mistake again.

Speaking to The Verge, Microsoft VP of gaming and Xbox lead Phil Spencer says that the new console "will not be out of position on power or price" when speaking about lessons learned from the Xbox One.

“If you remember the beginning of this generation we were a hundred dollars more expensive and yes, we were less powerful," said Spencer.

When the Xbox One launched in November 2013, it was positioned as an all-in-one entertainment machine that was as adept at delivering cable TV and Kinect motion controls as it was at playing games. However, its $499 price (which was largely due to its included, not-optional-at-the-time Kinect sensor) drove many gamers to Sony's console.

Microsoft regained some good will over the years by ditching the Kinect, launching well-received console refreshes in the Xbox One S and Xbox One X, and delivering a variety of gaming-first services such as Xbox 360 backwards compatibility, Xbox Play Anywhere and Xbox Game Pass. But the damage was done. As of this writing, Sony has sold more than 100 million PS4s, whereas the expected install base of Xbox One is believed to be less than half of that at around 43 million.

The company has yet to discuss pricing for Project Scarlett, which will go head to head with Sony's PS5 in Holiday 2020. Based on the specs we've seen so far, it looks like Scarlett and PS5 will be comparable in terms of power, with both consoles touting custom AMD Zen processors that aim to deliver advanced features such as ray tracing, 8K resolution and 120 fps framerates. They'll also pack custom solid state drives (SSDs) that are designed to offer near-instantaneous load times.

It's hard to imagine all that power being cheap -- Microsoft's 4K-enabled Xbox One X launched at $499 compared to Sony's $399 PS4 Pro 4K machine. But whatever prices the new consoles land on, it seems safe to assume that there won't be quite as big a delta between the new Xbox and its competition.