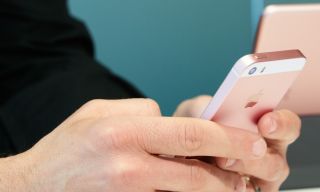 Apple has for years been trying to attract budget-conscious shoppers to its iPhone lineup with a variety of devices. Most recently, the company introduced the iPhone 11 for $699, making it more affordable than the $749 iPhone XR the device replaced.

But rumors claim that Apple is going to bring back the iPhone SE, a budget-friendly device dropped from its product lineup in September 2018, two years after its original debut.

The iPhone SE was a decidedly underpowered phone that came with a design reminiscent of old iPhone models. But what it lacked in design, it made up for in affordability, thanks to its $349 price tag. Apple ultimately discontinued the device to make room for higher-end options, but now there’s talk of an iPhone SE 2 making a comeback in early 2020. Or possibly an iPhone 9, depending on which rumors you believe.

As time has gone on, more and more rumors have surfaced about Apple's next smartphone, with the latest reports suggesting that Apple is ramping up production with an eye toward a spring debut. Here's everything we've heard so far about Apple’s budget-friendly iPhone SE 2.

Most of what we know about the iPhone SE 2 comes byway of a pair of investor notes from TF International Securities analyst Ming-Chi Kuo, who said that he anticipates Apple releasing the iPhone SE 2 in the first half of this year.

MacRumors spied a report from a Barclays analyst based on interviews with companies in Apple's supply chain claims that the iPhone SE 2 will go into production in February, which would fit in with that first quarter release rumor.

We could be getting ever closer to the iPhone SE 2's debut. A Bloomberg report claims that production will ramp up on the new phone in February. That could mean we'll see an iPhone SE 2 as soon as March.

Trying to determine a price for Apple’s upcoming iPhone SE 2 could be difficult, but considering Apple has been using the SE branding to keep prices down, there’s a good chance it’ll be the cheapest model on store shelves.

Another note from Apple analyst Ming Chi Kuo puts the price of the iPhone SE 2 at $399, the same as the launch price for the original iPhone SE. That’s $300 cheaper than the basic iPhone 11, and would be a $50 discount on the iPhone 8, the phone that the SE 2 is allegedly based on. It also happens to be the same price as the Google Pixel 3a, another cut-down version of a premium phone, and likely the device Apple is trying to target.

That would suggest that Apple is going to keep the hefty bezels around the screen, as well as the Touch ID fingerprint sensor on the front.

What might that look like? Some iPhone SE renders posted by leaker @OnLeaks on iGeeksBlog suggest a phone that looks pretty much like the iPhone 8, only with some minor design tweaks to distinguish the two models

According to another report from The Elec, LG Display will be the likely supplier for the iPhone SE 2's screen. The report said that the panel was undergoing last-minute quality checks ahead of production.

However, there have been some other reports that have surfaced in recent months that call into question Apple’s design plans. Chief among them is this video from Weibo that suggests the iPhone SE 2 will look more like the iPhone X, complete with a notch.

BGR also obtained images of what the site said could be the iPhone SE 2’s design, which points to a design nearly identical to the iPhone X, but with squared-off metal rails like the iPhone 4/original iPhone SE. It's this design that the attractive unofficial render of the SE 2 below looks to be based on, which looks awesome but doesn't fit with the story told by the other leaks.

Some of this confusion could be triggered by Apple's iPhone 12 release plans, which apparently includes a 5.4-inch version among its four models. (The remaining iPhone 12 versions would feature screens that are 6.1 inches and larger.) Some rumor sites may be crossing the wires between the 4.7-inch iPhone SE 2 and the 5.4-inch phone reportedly coming later this fall.

Alas, Apple hasn’t confirmed a design plan, so we don’t know which version is most likely to launch.

In a potentially interesting move, Apple may not want to cut the power in its iPhone SE 2. According to Kuo, the company will bring the same A13 processor that powers its iPhone 11 lineup to the iPhone SE 2. Add that to 3GB of RAM, and it might have solid performance.

Aside from that, Kuo didn’t have much to say about Apple’s spec plans for the iPhone SE 2. According to a rumor from Mac Otakara, there’s a possibility of Face ID making its way to the handset, but aside from that, the rumors are so far scant on Apple’s specs plan.

Unlike the four iPhone 12 models expected to launch in fall of 2020, the iPhone SE 2 won't have 5G connectivity, Kuo says.

Since it's based on the iPhone 8, the iPhone SE 2 is believed to have a 4.7-inch LCD display. However, a recent rumor from Apple's Taiwanese suppliers has said that the SE 2 may come with a choice of two different sizes - the basic 4.7-inch version or a larger version that could either be 5.5 inches or 6.1 inches. 6.1 inches is the current size of Apple's two other LCD display phones - the iPhone XR and iPhone 11, while 5.5 inches was the size of the display on the iPhone 8 Plus. While 5.5 inches would be very small compared to rival displays, it would give the iPhone SE 2 a distinct selling point, and would be welcomed by customers who aren't bothered by the enormous panels currently found on many leading handsets.

As noted above, an alternative rumor says that Apple is working on an iPhone based on the iPhone 8 but with a 5.4-inch display, the extra space coming from swapping out the Touch ID button for a Face ID sensor and filling up what used to be the bezels with more screen space. That would be an expensive addition to a supposedly budget phone, and the 5.4-inch model may, in fact, be part of Apple's iPhone 12 plans for the fall.

While we and the rest of the tech community have assumed that the successor to the iPhone SE would be simply named the iPhone SE 2, there's a chance that this budget model will receive the designation of iPhone 9, this number being unused due to Apple skipping from iPhone 8 to iPhone X. This is based on a source speaking to Macotakara, who described a phone with the same features that we've seen mentioned above, but with this alternative name.

While calling the new budget iPhone the iPhone 9 would make for a nice run of number from 9 to X (Apple is still selling the XR as another mid-price iPhone) to the most recent iPhone 11 series, it does also make sense to continue the SE naming convention if that's the market Apple's aiming for. We'll have to wait and see if the iPhone 9 name is corroborated by more sources before we're fully convinced.

iPhone SE 2 wishlist: What we want

The time is certainly right for an iPhone SE 2. Although Kuo has given us a good sense of what we can — and cannot — expect from an iPhone SE sequel, there are still some things we’d want to see.

Although rumors point to Apple using an iPhone 8 design, it would make sense for Apple to bring Face ID to the iPhone SE 2. The company has been offering this feature for years, and it’s proven to be easy to use. Offering it in the iPhone SE 2 could boost the device’s appeal.

Apple should also be careful not to skimp on the iPhone SE 2’s camera. Sure, it won’t have the same sensors as the iPhone 11 Pro, but it should at least offer a good-enough experience that the pictures won’t look out of place against other iPhones.

Ultimately, the iPhone SE 2 needs to take as many cues as reasonably possible from the higher-end iPhone 11 lineup and offer plenty of colors for those who care about style. And when it’s all said and done, it should be a device that can last and perform well for at least a few years without becoming obsolete.

Hopefully, that’s not a tall order.