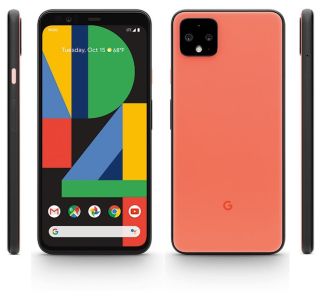 It's a sure thing that Google is going to show off the Pixel 4 at its Oct. 15 hardware event in New York next week. What's less certain is whether a 5G version of that new smartphone will come along for the ride.

New evidence certainly suggests that Google is at least working on a 5G Pixel 4 that would be able to connect to the higher-speed networks wireless carriers are in the process of building out. A report from Nikkei Asian Review claims that Google has begun test production on a 5G phone in China.

Nikkei's sources say that phone could appear as part of the Oct. 15 hardware event, where Google is expected to unveil new Pixel phones alongside other products like Chromebooks, smart speakers and even smartwatches.

But it's that phrase "test production" that casts some doubt over whether the 5G Pixel 4 will join the LTE versions of Google's next phone on stage. At this point in the process, Google's next phones — let's assume the company sticks with the Pixel 4 and Pixel 4 XL names for this year's models — would already have to be in mass production if the company plans to get its new handsets on retail shelves this month. If the 5G model is only in test production, that suggests its release is not imminent.

Assuming Nikkei's report is accurate, that leaves Google with the option of either teasing the existence of a 5G Pixel during next week's product event — something the company might be reluctant to do if it might depress Pixel 4 sales — or just plowing ahead with development of the 5G phone and releasing it next year when 5G connectivity will be more widespread. Indeed, the Nikkei report raises this possibility, claiming that Google could opt to introduce the 5G phone in the spring alongside budget versions of the new Pixels. (The Pixel 3a and 3a XL arrived this past May, for example.)

Right now, 5G phones are few and far between in the U.S. Samsung offers the Galaxy S10 5G and Galaxy Note 10 Plus 5G, while OnePlus and LG sell a single 5G version of their respective flagships. Motorola has a 5G Moto Mod add-on that brings 5G connectivity to its Moto Z line of phones.

The bigger issue is 5G availability. While carriers are expanding their 5G coverage, it's still limited to just a handful of cities — and even then, only in certain neighborhoods. So with 5G coverage still not widely available, consumers aren't exactly beating down the doors to snap up 5G phones, especially since those models generally cost a couple hundred dollars more than their LTE counterparts.

There have been plenty of rumors about the Pixel 4's features — some of which have been confirmed by Google — but 5G connectivity hasn't been at the top of the list. Reports of a 5G version of the Pixel 4 XL briefly surfaced when benchmark results reportedly for that model popped up on Geekbench, but it turned out that report was a deliberate fake-out.

What we're saying is that the Pixel 4 is definitely a go for next week, but we wouldn't plan on seeing a 5G version of that phone.