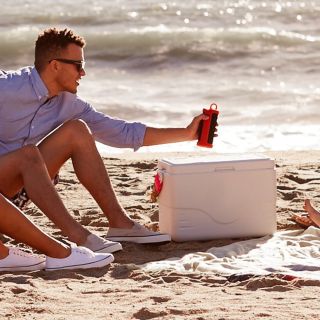 July Fourth is here and retailers are offering an abundance of Independence Day deals in the hopes they'll get you to do some online shopping before you celebrate the holiday.

Amazon also has the WD 1TB My Passport Portable HDD for an astonishingly low price of $45.21. That's the best price we've ever seen for this HDD.

Amazon hasn't officially announced a July Fourth sale, but we're noticing a lot of deals on Amazon devices and other gear. Keep in mind, some of these may be a few bucks cheaper on Prime Day, but in the meantime, there are the best at the moment:

The deals don't end there. Through July 17, Prime members can take $10 off Prime Pantry orders of $40 or more via coupon code "PANTRY". Plus, you get a free 30-day trial membership. (Otherwise, Prime Pantry costs $4.99 per month for Prime members).

Last but not least, Amazon is taking $10 off your first two Prime Now orders (placed via Amazon or Whole Foods) via coupon code "20PRIMEDAY". The coupon is valid through July 17 and both orders must be placed by July 31.

Dell is celebrating Black Friday in July with a variety of deals on everything from its XPS laptops to its biggest Alienware rigs. The deals will roll out throughout the month and some of the best offers of the moment include:

Amazon's biggest rival, Walmart is slashing the price on a variety of gear, from iPads to TVs.

Walmart is also offering a rare coupon for new Walmart Grocery customers. Simply use coupon code "WALMART3" to take $10 off Walmart Grocery pickup orders of $50 or more. (You enter the coupon at the final checkout stage). The coupon can be used with up to three separate orders and expires July 31.

Best Buy is deal headquarters for Apple fans. The retailer is currently taking up to $500 off MacBooks and $120 off the Apple Watch Series 2 Stainless Steel Edition. There's also a big discount for Galaxy fans.

Newegg has a variety of sales that will last through July 4.

Check back as we update our roundup with further deals as we get closer to Independence Day.