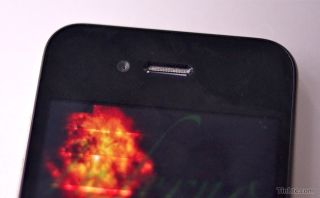 With all the E3 stuff going on this week, we didn't get a chance to write about the iPhone 4 pre-orders, which were said to be disastrous. AT&T's servers curled up and died and shoppers literally spent hours registering for pre-orders in the store (that's after lining up). Things got so bad they started handing out credit card imprints, taking orders with a pen and paper. Things weren't much better for those trying to shop online. However, those of you who didn't manage to place your order may have gotten lucky.

Gizmodo yesterday reported that the mess that was iPhone 4 pre-orders and upgrades had set itself up for a major privacy breach. Several readers got in touch with the site to report being signed into someone else's account after they had entered their login details. Giz cites an AT&T insider who says the login problems may be linked to the server problems and warns users not to upgrade to iPhone 4 as it poses a potential threat to your privacy.

The source says he/she works at a 3rd party order processing facility and that over the weekend there was a major fraud update for AT&T systems that knocked everything out from Saturday night to Sunday morning. The source says this update is the most likely reason people are having issues pre-ordering the iPhone 4 or upgrading to it. The source says AT&T did no testing of the new system before pre-order fever hit and confirms that no iPhone 4 preorders are being processed by phone or automation at his facility. As for users seeing someone else's account when they enter their login and password? It looks like that's a case of 'crossed wires' in the AT&T customer database. Giz's source says it's rare but it's happened before. The scariest thing about this little glitch is that it will give you a new person's details every time you log in, so even if you're not trying to upgrade, someone else could still get your data when they try to.

No statement from AT&T as of yet but we'll keep you posted.