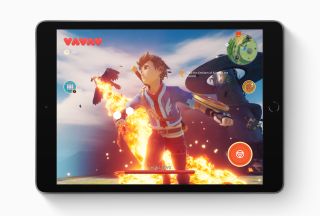 Apple's new 10.2-inch iPad won't be out till September 30, but one retailer is already taking a swipe at its price.

Apple 10.2-inch iPad: was $429 now $399.99 @ Amazon
Apple's most popular iPad now sports a bigger screen and support for Apple's Smart Keyboard. Although the base 32GB model isn't on sale, Amazon is taking $29 off the 128GB model (which is the tablet we'd recommend everyone get). View Deal

The tablet's biggest upgrade is its new 10.2-inch screen, which is an increase from its predecessor's 9.7-inch screen. The new iPad also offers support for Apple's Smart Keyboard, which lets you use your tablet more like you would a laptop.

Otherwise, it packs the same A10 Fusion CPU as its predecessor, which should still be sufficient for everything from playing games to streaming movies.

Unfortunately, the 32GB model isn't on sale, but we probably wouldn't recommend that model anyway. The 128GB model is the better value as these days 32GB isn't enough storage for even casual tablet users.