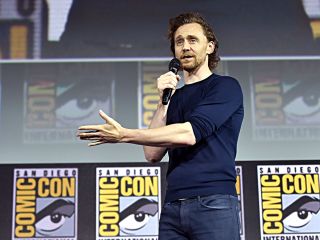 We've all been waiting for more of Tom Hiddleston's take on Thor's brother Loki for a while now. Yes, the character has seen multiple "deaths," but he's just too good to forget about. Which is great, because there's a Disney Plus show called Loki that's coming ... relatively soon.

Loki release date: when is it coming out on Disney Plus?

As a part of Marvel's big San Diego Comic-Con 2019 event, MCU films exec Kevin Feige placed the entire Phase 4 timeline out for us all to take notes on. Loki, he noted, will arrive on Disney Plus during Spring 2021.

Those looking to subscribe earlier should check out our Disney Plus deals page, which has tips on which Verizon customers qualify for the free year offer and how to save on the service.

Loki on Disney+ cast: who's in it?

Is Tom Hiddleston reading the phone book enough to keep us entertained? Probably. Is he the only announced cast member? That's true too. But we expect Marvel to deliver some of his co-star's names soon. Since it would be a little odd to have Loki without his brother Thor, we expect at least a cameo from Chris Hemsworth.

What have we seen or learned about the Loki TV show's plot?

Loki, as you'll remember from Avengers: Endgame is up to some new tricks, time-traveling with the help of the Tesseract. The series may be about how the MCU pries this device from his hands.

A report from MCU Cosmic credits 'production sources' for the claim that Loki will "change historical events" with his toy.