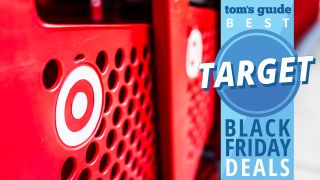 This year, Target Black Friday deals will once again include some excellent iPhone deals. For instance, shoppers will get a $200 Target gift card with the purchase of any new iPhone 11, iPhone 11 Pro, or iPhone 11 Pro Max.

Here's a sneak peek at what else you can expect from 2019's best Target Black Friday deals. (And make sure to check out our guide to the best Cyber Monday deals).

Black Friday 2019 will fall on November 29. That's a week later than last year, which means consumers will be faced with a shorter holiday shopping season. (Cyber Monday, for instance, will fall on December 2, when it's traditionally held in November). So what does all of that mean? It means retailers will likely kick off their holidays sales earlier than ever with steep discounts designed to grab your attention.