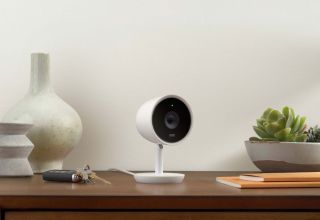 Don’t look now, but facial recognition is about to become a big part of smart homes.

Facial-recognition technology built into cameras offers the promise of greater security and personalization, but it is also a potential privacy nightmare. And it’s about to become a huge part of smart homes.

Imagine that as you walk into your house, a home security camera recognizes your face and automatically adjusts the temperature, lights and music to your preferred settings. If your partner gets home first, the system adjusts automatically to their favorite presets.

If a person that your system doesn’t recognize approaches your house, you (or your security company) then get an alert, with a picture of the person. Now, that person could be delivering a package from Amazon, or could be a neighbor passing by.

In 2020, as artificial intelligence and computer vision gets more sophisticated and more cost-effective, we’re going to see a lot more devices with facial-recognition technology.

Who has facial recognition now....

Currently, there are only a handful of smart home devices with facial recognition: Nest’s video doorbell and IQ security cameras, as well as indoor security cameras from Netatmo and Tend Secure.

The Nest Hub Max, too, can recognize your face when you enter a room and bring up personal information, such as how long it’ll take you to get to work. And millions of iPhone owners use Face ID to unlock their phones.

And who's getting it soon

At CES 2020, a number of companies announced products with facial-recognition technology.

There was even a company showing off a litter box for cats that has facial recognition, so you know which of your feline friends is doing his business.

There were a handful of other lesser-known companies that also touted facial recognition, too. Even Ring has toyed with the idea, said Amazon exec Dave Limp during an interview he gave to Wired at CES.

What could possibly go wrong?

This is problematic for a number of reasons. The first is that these companies don’t take security seriously enough. As we saw with Ring, Wyze, Blink, and others, when an unknown party can gain access to your security camera, they can cause all sorts of problems.

For many of the news stories about Ring, it’s because those camera owners didn’t have strong enough passwords, or didn’t use two-factor authentication (2FA). But the onus was on the owners — Ring didn’t make strong passwords or 2FA a mandatory requirement. And Blink doesn’t even have 2FA as an option.

Currently, if you have privacy issues with a security camera, the problems are  limited to just you and your family, which is concerning enough. But if a camera with facial recognition were to be compromised, then the hacker would be able to have identifying information not just about you, but about anyone whose face was in the camera’s system.

Then there’s the issue of what happens to the faces that these camera records. If you have a doorbell camera with this technology, it might pick up and store the faces of random passers-by. Before you know it, you’d have a database of all your neighbors, without them knowing.

In that same Wired interview, Limp said he was proud of Ring’s partnership with law enforcement in its Neighbors app, in which police departments can view footage of potential suspicious incidents.

Police don’t have access to those videos unless a homeowner gives them permission — something Ring has been less than transparent about in the past — but imagine if those faces were sent to the cloud, where they could be matched up with, say, Amazon’s Rekognition software, which can match faces with a huge database?

What to know before buying a camera with facial recognition

Before you purchase a security camera, especially one with facial recognition, ask yourself these questions:

If you can’t get satisfactory answers to these questions, then you might want to skip that product. Home security is important, but not if that means a loss of your privacy.