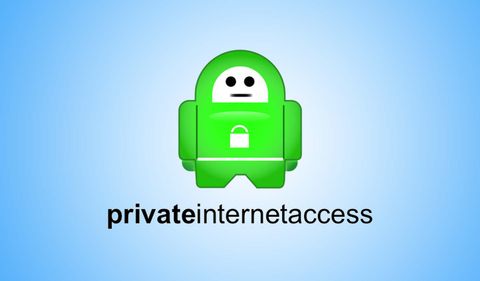 Private Internet Access covers the basics of a VPN, and it does this well. For those who value the anonymity of the service it is a good choice, but it has less servers than some competitors, which gives us pause for thought.

Private Internet Access is an online VPN service that takes anonymity to the next level. It comes from parent company London Trust Media, which enigmatically has the address for its corporate office in Denver, Colorado. London Trust Media has diverse holdings, including Linux Journal and Block Explorer.

Private Internet Access focuses its service on two things: anonymity and affordability. The firm even puts your IP Address and ISP on its homepage to remind you of how exposed you are when not using a VPN service, which is a little unsettling the first time you see it. With that in mind, let’s take a look at how well this firm hits its goals.

Pricing is simple with only a single VPN tier to choose from. What Private Internet Access lacks in choice, it makes up for with its 7-day money-back guarantee, which is longer than some competitors. That said, we prefer the option of a free trial, which is lacking here. This VPN features unlimited bandwidth, and no data caps.

The Private Internet Access monthly plan costs $6.95 (about £5.30) per month, and even at this lower cost it includes all features. Going for the longer term nets some savings, with the option of a yearly plan for a single payment of $39.95 (about £31), which is an average monthly cost of $3.33 (about £2.54), or less than half price. For those willing to commit for longer, the reward is even more savings as a 2-year plan can be had for a single payment of $69.95 (about £53), which works out to a monthly cost of $2.91 (about £2.22). That’s a whole month of VPN for less than the cost of a single premium cup of coffee, which is pretty amazing in our books.

True to its aims of a higher level of anonymity, there are multiple options to pay for the VPN service. Of course there are the usual choices, including major credit cards, PayPal and Amazon Pay. Going beyond that are multiple options to use cryptocurrency, including Bitcoin, Ethereum, Bitpay, Litecoin, and Zcash. There is also the option to pay for Private Internet Access with a common gift card, presumably quite anonymously as they can be easily purchased for cash (or finally redeemed, as many folks have a drawer full of unused gift cards). For example, a $25 (about £19) Starbucks gift card will yield 100 days of VPN access.

Everyone loves a bargain, and Private Internet Access realizes this. Its budget pricing means some compromises in terms of features, though not as much as you’d expect. Thirty-three countries make for a relatively small network, but that’s going to be enough for most people. The VPN novice who isn’t sure of which server to pick will surely appreciate the ‘Detect Best Server’ feature which removes any guesswork, optimizing speeds and latency behind the scenes.

While you don’t get live chat support, there’s 24/7 North American VPN help available via email. We got a useful response in around two hours.

In the area of platform support, Private Internet Access covers the basics well, including Windows (7, 8, 10), Mac, Android, iOS and Linux (Ubuntu, Debian, Mint, and Arch Linux), for the mainstream desktop and mobile devices. There are also open source extensions for the popular browsers Chrome, Firefox and Opera.

However, that is where the platform support ends, and more niche devices that some of the other VPNs support are left out, such as streaming media boxes, and the less prevalent mobile platforms like Windows Mobile and BlackBerry. Note that there is some support for whole network VPN coverage via router software for Tomato and DD-WRT.

Sure, every VPN tells its users they are anonymous, and their data will remain private, but these claims can start to fall apart in the fine print. Free and cheap VPNs could fund themselves by selling your browsing history, but Private Internet Access' privacy policy clearly rules out all forms of session and activity logging. You don’t just have to take the company’s word for it, either. There are court records showing that even when Private Internet Access has been served a subpoena, absolutely nothing user-related was given up.

Private Internet Access truly lives up to its tagline of “The most anonymous VPN service,” and its policy of “No logging, period” will keep users more than private while online. Additional protection is provided via DNS Leak Protection, along with Disconnect Protection.

Performance of Private Internet Access is solid, with reliable and fast connections times. We also saw solid US and European speeds, and only some inconsistencies over long-distance connections to mildly spoil the party. Latency was acceptable, and there were no disconnects during testing.

Private Internet Access is a VPN that pays close attention to anonymity and affordability, and in both areas it is a compelling offering. However, key areas for improvement include support for an even broader range of platforms, such as the popular Apple TV, and introducing more servers located in a more geographically diverse number of countries.