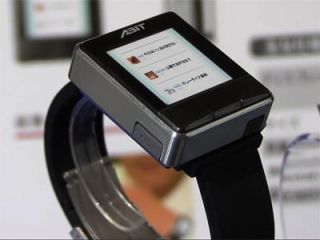 Cellphones have gotten a lot smaller over the years, and thankfully we no longer have to carry two-pound bricks like Motorola's DynaTAC. Still, some people think the current level of miniaturization isn't enough: take this new phone from Taiwanese company ABIT, which is the size of a wristwatch.

Ok, so it's not the first touchscreen watchphone ever, and at this conceptual stage looks pretty bulky compared to other wrist-worn phones. However, unlike the rest of the pack, this one isn't doesn't just make calls: it can sync up with your smartphone and give you access to news and social networking feeds. Now if only ABIT could make it slimmer so it doesn't look like a Cold War relic.