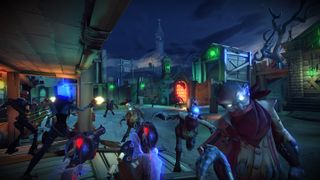 The Oculus Rift was the first PC-powered virtual reality headset to hit the market. As a result, it boasts a large category of games and apps.

For a limited time, you can get the Oculus Rift Touch Bundle along with a $100 Oculus Rift Store Credit and 7 VR games and apps for $599.98.

Although that's the Rift's retail price, the hardware comes with a software bundle and credit that's worth $229.96.

Oculus doesn't offer this bundle direct from its store, which makes this Amazon exclusive an excellent deal if you've been holding off on a VR headset purchase.