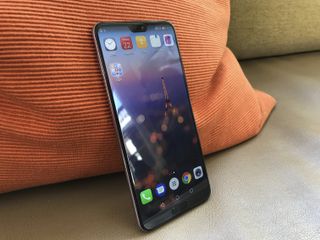 The Huawei P20 Pro is shaping up to be the year’s best phone you can’t officially buy — at least if you live in the United States.

The fallout between Huawei and almost-carrier partners AT&T and Verizon spurred on by the U.S. Government’s distrust of the Chinese phone maker, plus the brand’s recent exit from Best Buy means bad news for those excited about the company’s upcoming triple-camera titan. As a consequence, Huawei has chosen not to risk releasing the P20 or P20 Pro here as it did in February with the Mate 10 Pro, the device it was counting on to make a splash in the U.S. market.

That’s a shame, considering the P20 Pro is being universally lauded for its revolutionary photography capabilities and the Mate 10 Pro was, well, just fine.

Amidst all the buzz, you’re probably wondering what luck you’d have importing a P20 Pro. While the phone is technically compatible with GSM networks on this side of the Atlantic, there’s no guarantee it will work perfectly.

Can I Use It On My Carrier?

The following table shows the wireless bands T-Mobile and AT&T use. (Verizon and Sprint employ CDMA technology for their towers, so don’t even bother trying to connect to them with Huawei’s GSM-only devices.) The bands supported by the global models of the P20 and P20 Pro are bolded.

Fortunately, they mostly overlap, but note the two bands on T-Mobile the P20 doesn’t get: 66 and 71. Band 66 is used primarily to supplement band 4, which receives a bulk of T-Mobile’s traffic. Band 71 allows for improved rural and in-building reception.

In other words, T-Mobile subscribers won’t enjoy perfect connectivity throughout the country, especially if they live or travel outside a city. The good news is that those first four bands — 2, 4, 5 and 12 — are what T-Mobile and AT&T mostly rely on for service. That means an imported P20 operating on one of those networks should work properly in most cases. Just don’t expect representatives from either carrier to help troubleshoot your device, should issues arise.

How Can I Buy It?

Huawei’s newest flagships will be sold practically everywhere except for the U.S. Even our Canadian neighbors are getting both phones, which bodes well for prospective American buyers looking for what will likely be the cheapest path to importation. While we don’t yet know how expensive those handsets will be in Canada, we do know the prices the P20 family will command in Europe and the U.K. — and they aren’t cheap.

The P20 Pro’s steep price tag places it in iPhone X territory. For some, that will understandably be too much to drop on a product that doesn’t guarantee a perfect experience locally. However, for those particularly enthusiastic about the device, it might be worth the plunge. In this case, we wouldn’t advise against it — so long as you’re certain you understand the risks.