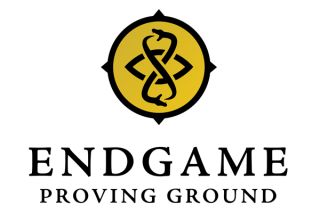 While the story has already begun, you can still win eternal glory for you and one of 12 original lines of humanity in Endgame: Proving Ground, an alternate reality (AR) mobile game that unveiled new game art and opened a beta signup program today.

Now the series is coming to smartphones and tablets with Endgame: Proving Ground, a mobile game that will allow players to earn points for one of 12 ancient societies by leveling up and taking over "Keysites" (GPS locations) scattered throughout the real world.

Niantic Labs is building on its experience with the Ingress mobile game, which has seen over 7 million players banking points for one of two teams by controlling "portals" — locations they find in the real world using GPS information. In Proving Ground, Niantic is going much deeper. Not only do players need to locate Keysites using the GPS, they must engage opponents from other lines in direct player-to-player combat.

Endgame’s 12 lines or societies come from real civilizations such as the Minoans, the bronze-age predecessors to classical Greece, or the Olmec, forerunners of the Aztecs and Mayans in Central and South America. After choosing a line, players can create an avatar in the style of their tribe, emphasizing unique traits and features that set them apart from other tribes.

Players can even enhance combat by equipping players with new weapons and trinkets earned through previous combat, in which a decisive victory rewards more loot than a narrow win. Like avatars, equipment is tailored to each line, both through cosmetic decorations and in-game combat bonuses.

Although Ingress has been wildly successful, Niantic Labs is hoping that Endgame’s intricate storytelling across multiple mediums will bring an even larger audience to Proving Ground. And with the eventual winner to be written into Frey's yet-to-be-titled third book, victory means much more than a name at the top of a leader board.

For more on how to get started, sign up for the Proving Grounds beta (coming later this summer), or start earning points for your line, you can visit Endgame’s alternate reality hub at Ancient Societies.