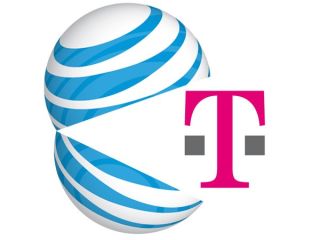 A new survey released by Vocalabs ranks AT&T's customer service for its wireless business higher than the services provided by Sprint, Verizon and T-Mobile.

Based on data collected between July 2009 an December 2011, the market research firm determined that the share of customers who rated their customer service experiences as "very satisfied" climbed from 65 to 69 percent with AT&T and increased from 59 to 60 percent with Verizon. However the numbers fell from 71 to 59 percent with Sprint and from 65 to 48 percent with T-Mobile.

T-Mobile's data reveals four sequential quarters of declining customer service satisfaction, Vocalabs said. The firm speculated that the decline could be a result of the failed merger with AT&T and "deep organizational distraction and difficulty focusing on the customer experience." The independent survey was based on data collected from mobile phone customers who provided their feedback to Vocalabs immediately after a call with their carrier.

Customer satisfaction with agents is notably higher than with the entire call: AT&T achieve a 81 percent rate, followed by Verizon with 80 percent, T-Mobile with 74 percent and Sprint with 70 percent. Not surprisingly, the automated portions are rated substantially lower: The "best" automated is provided by AT&T with 47 percent approval rate, followed by Verizon with 40 percent, Sprint with 35 percent and T-Mobile with 33 percent. The problem resolution rate was similar across the board: AT&T leads with 66 percent. Verizon reached 64 percent, T-Mobile 63 percent and Sprint 61 percent.