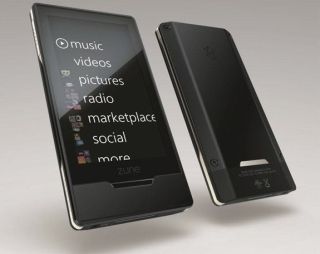 Microsoft Windows Phone 7's only official launch date so far is before Christmas, but recent reports say we could see the first devices on shelves in mid-October. Yesterday Microsoft revealed that its Zune media service would be integrated with Windows Phone 7 and Xbox Live, serving as the synchronization client for the new mobile OS and enabling users to access music and movies on the go and in the living room.

"The integration between Zune, Windows Phone 7 and Xbox LIVE is an exciting expansion in our entertainment offerings," said Craig Eisler, corporate vice president of Interactive Entertainment Business Group at Microsoft. "Zune enables users to access the entertainment they want, wherever they want it — and now, more people than ever will be able to enjoy the freedom and flexibility that the Zune service offers."

Zune 4.7 will be available to download in more than 20 countries, including the U.K., France, Italy, Germany and Spain. Users in these countries can now enjoy the same Zune service we in the U.S. have had for quite some time including the ability to purchase and manage their music, movies, podcasts and pictures.

Redmond says it will also introduce Europeans to Zune Pass, a monthly Zune subscription service that will allow users in the UK, France, Italy and Spain to download and stream an unlimited number of tracks. Microsoft will charge users €9.99 or £8.99 a month for unlimited download and streaming access to the Zune music catalog. The U.S. price will remain at $14.99 for the same service and the added ability to keep ten tracks per month.

Countries allowed to purchase music through Zune are France, Italy, Spain, and Germany, while those in UK, France, Germany, Canada, Australia and New Zealand will be able to purchase video. Microsoft will also provide a movie rental service for those in the UK. France, Italy, Spain, Germany, Austria, Belgium, Ireland, Netherlands, Switzerland, Mexico, Canada, Australia and New Zealand.