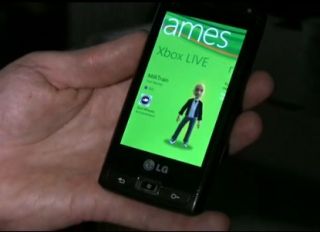 The update, dubbed NoDo, has been a long time coming, and aside from copy/paste, it brings with it a few other notable improvements to WP7. These include faster boot and resume times for apps and improved searching and stability in the Windows Phone 7 app store. NoDo also adds improvements to WiFi, messaging, Facebook integration, Outlook, the camera, and audio, as well as providing performance enhancements for certain handsets. For full details on the update, see the excerpt from Microsoft's support page at the end of this post.

The bad news is that this is being rolled out in stages. Windows Phone Central reports that while the update was pushed to SIM-free, carrier unbranded devices on Tuesday, those waiting on their carrier to release the update could be waiting a while. Case in point: Canadian carrier Telus confirmed that it won't be rolling out the update until March 29. Even then, it could take up to four weeks for everyone to get it.

Sit tight, everyone, and be sure to let us know when you do get it!