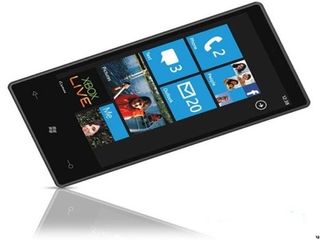 The Wall Street Journal reports that Dell has revealed plans to move its 25,000 employees over to its own line of smartphones, giving them all Windows Phone 7-equipped Venue Pros in exchange for handing in their BlackBerrys.

CFO Brian Gladden said the company would be working with T-Mobile to hash out a deal that would allow Dell to purchase minutes and data in bulk rather than buying individual plans for employees. Unused data and minutes would carryover, and the switch itself would eliminate the need for BlackBerry servers, saving Dell 25 percent in mobile communication costs.

Though this obviously shows Dell's confidence in its own product, the company also has plans to aggressively market a service to help other companies make the same switch. No doubt Dell plans to use its own experiences as an example of how great things could turn out. There is one problem, however. With Dell handing out 25,000 Venue Pros (the company will also offer employees Dell-brand Android phones in the future), there's going to be 25,000 BlackBerrys lying in a heap in Dell's office. Dell doesn't seem to be quite sure how it's going to get rid of the phones yet, but the company's definitely been brainstorming to come up with a solution.

"We actually had a conversation last night around creating a site on eBay where we can actually sell these BlackBerry devices, Mr. Gladden told the Wall Street Journal.

Read more about the switch here.