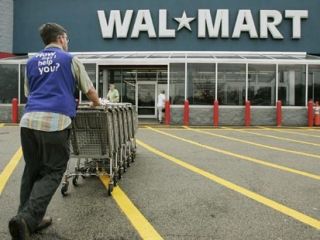 The Unofficial Apple Weblog reports that there is now an official Wal-Mart application for the iPhone, something that will no doubt come in handy for those who decide to pick up an iPhone from their local store this Christmas.

According to TUAW, the Wal-Mart App lets iPhoners browse products by category, shows current deals and specials, and even see a list of approved $4 prescriptions (in PDF form) as well as search for a store that’s local to you (handy for roadtrips and vacations, I guess).

However, one of the cooler things is that you can also create shopping lists. Sure, you can do this on your phone anyway, it doesn’t even have to be an iPhone. All you have to do is compose a text message and save it to your drafts. However, the Wal-Mart App also allows you to search for items.

Users be warned, you can’t buy stuff through the App. TUAW reports that you have to head over to the actual Wal-Mart website if you want to purchase anything.

The iPhone is set to go on sale at Wal-Mart branches for $197 in the next week or so, with most reports slating December 28 as the launch date.