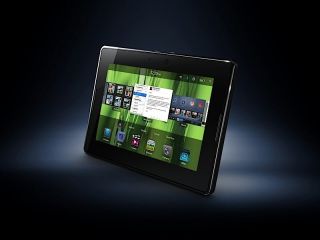 RIM has been behind in the smartphone market for some time. Despite being available long before the iPhone or the barrage of Android devices we now have, BlackBerries don’t really appeal to the masses in the same way. Their position as the dominant smartphone choice for businessmen means they have a reputation for not being nearly as ‘fun.’ It also took RIM a while to get into the app business and as a result, the BlackBerry App World isn’t nearly as populated as the Android Market place or Apple’s App Store.

However, it seems RIM could finally get a boost when it comes to apps. Boy Genius Report has supposedly been told by multiple trusted sources that RIM is seriously considering a feature that will allow BlackBerry devices to run Android apps. The company has been trying to figure out what approach to take in regards to the existing Java environment and how that will work on its upcoming QNX devices, and has said its looking at getting a Java VM running on the PlayBook to support already existing content.

RIM hasn’t decided what kind of Java VM it will use just yet, but BGR’s sources say it’s heavily considering Dalvik, the same VM the Android OS uses. If RIM does decide to go with Dalvik, it would allow the PlayBook -- which runs on a QNX OS that RIM plans to use in future phones and tablets -- to run applications built for the Android platform. Though RIM could use an open source version of Dalvik and leave Google out of the equation completely, it could also partner up with Google and work out a deal where BB users get Android apps and support for those apps right on their RIM devices.

Would you buy a BlackBerry if it had access to the Android Market Place? Let us know in the comments below!