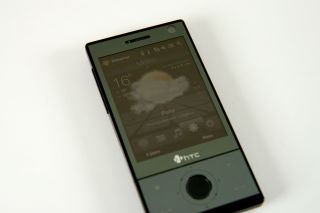 HTC is behind the hardware for handsets like the G1, the first handset to run Google’s Android operating system. The G1 isn’t the prettiest of phones, so it’s not surprising to learn the company has bought a design firm to help make things look a little sleeker. According to Reuters, Horace Luke, Chief Innovation Officer said that the company plans to keep One & Co as a design consultancy because it has a whole “breadth of ideas that could translate to a phone.” Also, we assume that’s what they’re good at.

Forbes reports the 10-year-old firm specializes in "creating meaningful experiences" between people and products. One & Co’s list of clients includes Microsoft, Sony, Plantronics, a couple of furniture companies and, wait for it, HTC.

While some might argue that the G1 is sort of industrial in its ugliness, you can’t argue that it’s not as sleek as the iPhone. Many asked when they first saw the G1, "Wow, what happened to the Touch Diamond you guys made about a year ago?"

The HTC Touch Diamond was elegant, eye-catching and functional. It was also designed by One & Co and looking at the company’s site and the other products it has played a part in creating, there’s some real talent at One & Co. We’re guessing we’re going to see a whole ream of pretty devices from HTC in the coming years.

Neither company would spill about the cash handed over during the acquisition.