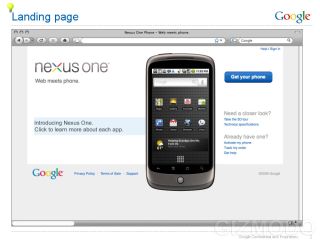 Back in May, Google announced that it would be closing down its online store, opting instead to route all Nexus One sales through retail channels. Emulating its European retail model, the company said it would no longer use the website to sell phones, but would continue to use it as an online store window to showcase a variety of Android phones available globally.

Since then, we've been kind of left in the dark as to when internet sales of the Nexus One would cease. On Friday, Google announced that the company had received its last shipment of Nexus Ones and detailed that once they're gone, the company will no longer sell the device online. Those who want Nexus Ones can still get them unlocked, they'll just have to go to the store to buy it.