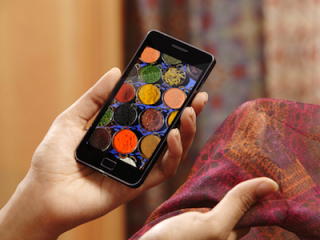 There's been a bit of back and forth over the last couple of weeks but it's official: There won't be any Galaxy S III at Mobile World Congress this month. Last week brought reports that Samsung had decided to put off the unveiling of the follow-on to the Galaxy S II because it didn't want a long gap between unveiling and launch. Understandable when you consider the fact that the Galaxy S II was announced at MWC 2011 but didn't arrive in the United States until the fall. However, it was this week reported that the Galaxy S III would hit Turkey (and presumably other parts of Europe) on March 13, which cast a shadow of doubt on the reports that we wouldn't see the phone at MWC.

Thankfully, Samsung has put the whole thing to bed with confirmation that it won't be hauling the Galaxy S III and related press materials to Mobile World Congress. The company even went as far as to confirm the reason why, stating that when the time does come to launch the device, the S III will get its own launch event.

"Samsung is looking forward to introducing and demonstrating exciting new mobile products at Mobile World Congress 2012," the company said in a statement. "The successor to the Galaxy S II smartphone will be unveiled at a separate Samsung-hosted event in the first half of the year, closer to commercial availability of the product."

So, no S III at MWC, but we'll see it before the calendar switches from June to July. For those in need of reminding, the Galaxy S III is said to pack 2GB of RAM, a 12MP camera, and a 4.6-inch Super AMOLED Plus HD display, NFC and 4G LTE.

*Image above is from Samsung's Highlights of CES video and shows a phone many believe to be the Galaxy S III.