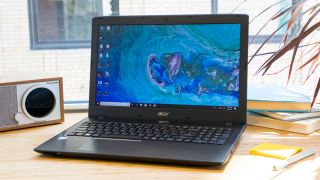 Storage capacity can make or break a laptop deal, but in the case of the Acer Aspire 5 — it absolutely makes it.

Although we haven't reviewed this particular model, sister site LaptopMag has generally liked the Acer Aspire 5 line and the laptop has even won the site's Editor's Choice award.

Walmart had some killer holiday laptop deals last year and this is a sign the retailer could be offering more of the same this year.