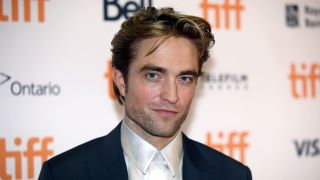 There's a new Batman in town, and his casting is already ruffling some feathers (not the Penguin's ... yet). But not all is negative, as the overall casting picture is filling a lot of Bat-fans with reasons to watch out for when The Batman movie tickets go on sale.

Personally, I'm pretty hyped for this movie, as its cast appears to pivot from the Zack Snyder movies' tendencies for wooden actors. Here's everything you need to know about the upcoming The Batman movie.

The Batman release date: When will he swoop in?

Gotham's baddest need to pencil June 25, 2021 into their calendars. The Batman drops into theaters on that date — which probably means the earliest public screenings will take place on the evening of June 24.

The Batman cast: who are the heroes and villains?

A lot of old-school Batman fans didn't take the casting of Robert Pattinson as Bruce Wayne/Batman nicely, as the heartthrob is best known for portraying Edward, the ever-so-sparkly vampire character at the core of the Twilight films. Pattinson will be directed by Matt Reeves (10 Cloverfield Lane, War for the Planet of the Apes).

But to politely push back at this reaction, I'll say I agree with Zack Sharf of IndieWire who explained how Pattinson's career proved he's more than just the iconic role. For example, Pattinson's earning raves for starring in The Lighthouse, a highly-hyped black and white film that co-stars Willem Dafoe, is directed by Robert Eggers (the luminary behind The Witch) and comes from A24, a beloved indie distributor.

In terms of Batman's potential villains, Zoë Kravitz (Mad Max: Fury Road) will co-star as Selina Kyle (aka Catwoman) one of the first casting choices that got rave reactions from most. Similarly, the public loved the news that Paul Dano (There Will Be Blood, Little Miss Sunshine) is signed on to portray Edward Nashton, The Riddler.

The latest rumors come from Deadline Hollywood and The Wrap, which (respectively) float the possibilities that Colin Farrell is under consideration to play The Penguin and Andy Serkis may nab the role of Alfred Pennyworth.

The Batman movie plot: What's Bats up to?

Unlike the above list of the top-billed Bat-cast, the details of what they'll be doing is less clear. He'll probably fight The Riddler, and face conflicting feeling about how to deal with Selina Kyle's Catwoman, who likely steals jewels and his heart.

Additionally, Robert Pattinson's teased the potential for an awesome new Batsuit, saying "Matt [Reeves] has got a really awesome idea about it ... I think this thing is going to be very, very cool.”

The Batman movie DCEU: Is this related to The Joker or the Zack Snyder murder-verse?

For the first half of that, the answer is an easy Nope. The Joker director Todd Phillips previously said that character will not appear in The Batman. Pattinson confirmed this detail in an interview with Yahoo Entertainment.

We're less sure about the latter. At the 2018 TCA Awards, director Matt Reeves said, "There are ways in which all of this connects to DC, to the DC universe as well. We’re one piece of many pieces so I don’t want to comment on that except to say that I’m focused very specifically on this aspect of the DC world."

Which leaves us scratching our heads and waiting for June 2021.