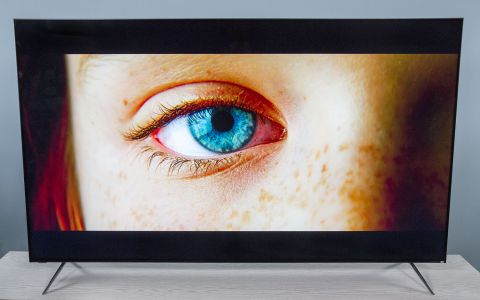 The Vizio P-Series Quantum PQ65-F1 is a good first effort for a quantum-dot LCD TV, but it doesn't quite match the premium competition.

Vizio's latest TV is more than just a high-end version of the company's SmartCast TVs. The Vizio 65-inch P-Series Quantum PQ65-F1 ($2,099 as tested) is an attempt to step up to the next weight class, taking a shot at Samsung's QLED TVs with a quantum-dot LCD display that offers brilliant color and brightness at more affordable prices. While the company hopes that the P-Series Quantum will plant Vizio's flag in the premium TV space, the reality is that the PQ65-F1 is a very good TV that still needs some refinements to effectively compete with heavyweights like Samsung and LG.

Editor's Note (Nov. 9, 2018): Due to an error in our testing, the brightness levels we originally quoted were incorrect. This review has been updated to reflect this change. The rating remains unchanged.

Vizio P-Series Quantum Cheat Sheet: What You Need to Know

The P-Series Quantum is Vizio's top-of-the-line model, and as such gets some of the best stylings available. The set sports very narrow bezels, a pair of gleaming metal feet, and a textured metal accent runs along the right- and left-hand edges of the display. The set is Vizio's first quantum-dot display, and the company has hedged its Quantum bet by offering the P-Series Quantum only in the 65-inch size.

One area where the P-Series Quantum really delivers on its premium promise is the inclusion of 5 HDMI ports, giving you plenty of connectivity for all of your devices, from satellite or cable boxes to game consoles and Blu-Ray players.

Port connectors face to the right and downward in back, but Vizio uses an open design that leaves the ports very accessible. On the right side, in just a few inches from the edge of the display, you will find two HDMI ports, component and composite video inputs and a single USB port.

The downward-facing ports, which are further in back of the set, include three additional HDMI ports (including one with ARC support), outputs for both digital surround sound and right and left audio, along with an RF connector for cable and antenna.

There's also an Ethernet port for wired networking connection, and the TV is equipped with 802 11ac Wi-Fi.

Vizio's premium play centers on the display, a 65-inch LCD panel enhanced with quantum-dot technology for better brightness and color. It's the same tech that puts the "Q" in Samsung's QLED TVs, but Vizio takes it a step further with 192 dimming zones. The end result is a display that offers brighter brights, deeper darks and more vivid color than a standard LCD panel, but Vizio still has some work to do to catch up with the competition.

However, the backlighting is not perfect, and individual lighting zones can be distinguished when viewing several small bright points on dark backgrounds. For example, watching Blade Runner 2049, a shot of sparks flying up from a fire set against a black sky was filled with small but noticeable halos as the many dimming zones struggled to illuminate individual sparks in the surrounding blackness. The numerous dimming zones are prone to adding unwanted flaring and darkening around some on-screen elements, and it's actually more noticeable than you might get with other local-dimming displays. Other manufacturers minimize this effect with special light- bloom algorithms (which help contain the illumination to the desired area), but Vizio's backlighting doesn't seem to be as precise.

Shadowing in the corners of the display is very minor, but we did see some very subtle vertical bands of shadow across the screen. It's not enough to be noticeable under normal viewing conditions, but it was enough to be seen during our more rigorous single-color- screen tests.

Subtle distinctions between similar shades of color could result in some banding on the Vizio. A night scene bathed in blue light in Blade Runner 2049 resulted in distinct posterization issues as the display struggled with several similar shades of blue. However, in most viewing, even when displaying difficult subtleties of tone, the Vizio did quite well.

Color accuracy was very good, with a Delta-E rating of 2.8 (closer to zero is better). While that's slightly less accurate than we saw on Vizio's non-quantum P65-F1 (2.0), it's on a par with the Samsung Q8FN QLED TV  (2.5) and better than the LG 65SK9500 (3.0). The accuracy of color lends itself especially well to displaying skin tones. In both Blade Runner 2049 and Spider-Man: Homecoming, close-ups of faces had realistic variations in tone, and looked extremely lifelike.

Viewing angles are somewhat limited, with mild color-shifting at the edges of the screen when viewed from only a foot off center. Vertical viewing angles are similarly constrained, and standing up from the couch caused significant color shifting along the bottom edge of the screen. Watching from a lower position, such as sitting on the floor, produced similar color distortion. This TV will look great from a front- and center-viewing position, but anything at an angle will have some color issues.

Connecting our Xbox One X to the TV, we were able to game in 4K, but the set didn't offer gaming with HDR or 10-bit color without adjusting the input settings on the TV. To get full HDR and color support, you'll need to enable HDMI 2.0 input for the HDMI port you use to connect the console. It's a real irritation having to jump through extra hoops for full functionality, but at least it's available to you. The light-blooming issues were also quite pronounced in the Xbox menus, where white lettering was surrounded by dramatic halos of unwanted brightness.

The P-Series Quantum has the best display Vizio's ever made, but the audio that's built into the set isn't as impressive. The TV has a pair of 10-watt speakers, which provides a fair amount of volume, but with no subwoofer to provide extra oomph, the bass levels offered on the TV are fairly weak. When sets like the Samsung Q8FN offer 4.1 sound, the stereo sound seems rather pedestrian, and the lack of proper bass was simply disappointing.

The P-Series Quantum has the best display Vizio's ever made, but the audio that comes built into the set isn't quite as impressive.

Listening to the bass-heavy "My Blood" by Twenty One Pilots, the pounding bassline was dramatically reduced. Other ranges came through clearly, with fairly clear vocals and instrumentals.

Vizio's SmartCast operating system has always had its limitations, with a heavy reliance upon built-in Google Chromecast functionality for most apps. In current iterations, the SmartCast platform has been updated to include 22 locally installed apps; however, it's still a very limited selection.

One unique offering on Vizio's current TVs is an app called WatchFree. It consists of several linear content channels showing movies and news, pulled from Pluto TV. It comes preinstalled on the set and is ready to watch as soon as you're connected to the internet. However, the channel selection is largely identical to the Pluto TV free streaming app, which also comes installed on the TV.

Unlike most competing manufacturers, Vizio doesn't have any sort of voice-search capability built into the PQ65-F1, but it's less of an issue with no web browser and no app store on the TV. Instead, you can access these sorts of features through your phone, or you can add a Google Home or Amazon Echo for voice control functionality – the PQ65-F1  is compatible with both.

The Vizio remote remains unchanged from previous models, with a rectangular shape and curved oval profile that offers a comfortable curve in the hand. The remote includes a large square directional pad for navigating menus, volume and channel control buttons, number buttons and media playback controls.

At the top are six dedicated app buttons. These preprogrammed buttons give you one-touch access to several popular or promoted apps, specifically Amazon Prime video, Crackle, Netflix, Vudu and Xumo for streaming video and iHeartRadio for streaming music. Unlike most remote controls, the Vizio design puts these buttons in a  prominent position, making them difficult to ignore.

After testing and comparing the Vizio P-Series Quantum PQ65-F1 to other sets in the same class of size and price, it's clear that Vizio has the potential to deliver a great premium set, but it's not quite there. The quantum-dot display is an impressive step forward for Vizio, but it's held back by overaggressive backlight and is paired with less-than-premium audio. Vizio's SmartCast platform also has its limitations, and lacks common premium features, like voice search.

For a superior quantum-dot experience, the Samsung Q8FN QLED TV offers a better picture and more impressive sound, and it sells for only a bit more at $2,299. If you're a Vizio fan, we actually prefer the Vizio P-Series 65-Inch P65-F1, which has no quantum-display tech, but also doesn't have the same backlighting issues. It also sells for much less, at $1,199.