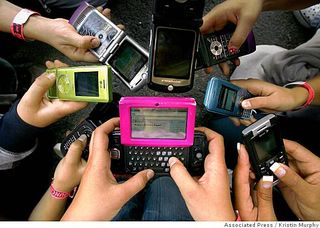 Everyone should be well aware of the dangers associated to talking on the phone while driving. But something that should be completely banned is using a cell phone to text or email while driving.

Sadly, despite this being illegal in many states, an Illinois state trooper wasn't practicing any semblance of common sense and ended up killing two teen girls and injuring another two.

Former Illinois State trooper Matt Mitchell was driving at 126 mph on Interstate 64 while emailing/texting his girlfriend on his phone. In his state, he crossed over the median and crashed head-on to another car, killing sisters Kelli and Jessica Uhl and injuring Kelly and Christine Marler, of Fayetteville. Mitchell sustained severe injuries to his leg.

Mitchell was suspended with pay for two years on his $68,000 annual salary. After pleading guilty to criminal charges, Mitchell resigned from the state police. His guilty plea landed him 30 months probation.

Now Mitchell is filing for worker's compensation, which could result in him receiving tens of thousands of taxpayer dollars, which are non-taxable.