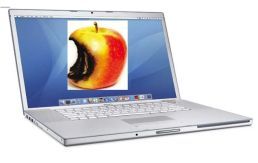 What Apple Doesn't Want You To Realize

If you've been thinking about getting a new MacBook Pro in the next few weeks or months, you may want to think again. We all know that Apple charges a hefty premium for its products, but the unwavering high prices of its aging product line are becoming more and more outrageous. It has been more than a year since the line's last refresh, and two years since its last major upgrade. Sure, that sexy super model you wish you were dating might fret about her age, but she wouldn't make a big deal about two years.  But for a computer, two years is half a lifetime. If dog years are at a one to seven ratio to human years, computer years are more like one to 20, so when you think about it a certain way, running a computer on two year old components is like a 40 year old running a marathon. Sure, it's possible, but that spry 20-something is going to do it much faster.  If you had $2,000 to bet, would you wager it all on the 40 year old?

The reason for such quick and extreme outdated-ness is the speed at which the computer and component industries move. The fastest processor for any given price hardly lasts six months before a faster version comes out. RAM jumps from DDR to DDR2 to DDR3 in a span of just a few years. There's even a scientific law, Moore's Law, which basically states that processors will double in speed (it actually refers to transistor count, but speed is a direct correlation) every 18 months to two years. Yet, Apple continues to sell a computer with a two year old processor core! What's worse is that this collection of middle-aged hardware that comprises a MacBook Pro is still the same price as when it was released (not counting the first two months' "early adoption tax" – that premium you pay for something that is brand new)—that’s something virtually unheard of in the rest of the, computer business.

Because something better always manages to come out just a few months after a product’s launch, the previous model typically drops down to a lower price point, and likewise all of the models before it see a price reduction, too. That's why the $1000 desktop computer you bought from Costco five months ago is on sale for $600 now. However, Apple is able to freeze its prices because it has managed to maintain a proprietary platform. In other words, Apple is the only company with legal access to the Apple hardware and software, which is in contrast to the regular PC market where anyone can buy up a few parts and build a legitimate PC.

Back when Apple used specialized components for systems (like the PowerPC processor) its price-freezing tactics were more understandable, but since it has started using mainstream PC components, it has been trying to hide that fact with purposely vague parts lists to give the illusion of a more unique product. It is a method that is a bit questionable, to say the least.

We're going to take a look at the components used in the $2000 15-inch MacBook Pro, which, in this author's opinion, is the most practical choice of the MacBook line because of its size and additional power compared the cheaper models; however, the entire MacBook line uses similar components, so this article's analysis could speak to those models, too. As we examine the components, we’ll ask whether Apple is at all justified in keeping prices stable from the time of that component’s most recent update until now.

Next Page Some Old RAM and an Even Older CPU