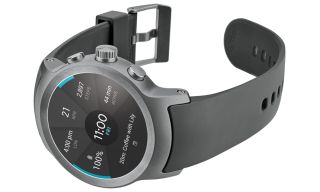 LG officially launched its $249 LG Watch Style and $350 LG Watch Sport — the first two devices to run Android Wear 2.0 — and some reviews are already in. Sentiments are mixed, but it appears that the LG Watch Style may not be so stylish and falls short on features, and the Watch Sport is a feature-packed option, but it's proportionally clunky.

If you're eager to get your hands on a loaded watch with Android Wear 2.0 and are willing to work one arm out significantly more than the other, the Watch Sport could be right for you. But if you can wait to see what your options might be from other smartwatch makers, you may want to put off your purchase.

David Pierce, who reviewed the watches for Wired, said "the Style ... does next to nothing, and looks good doing it." However, he “found the Style’s 512 megs of RAM and 4 gigs of storage plenty for most basic tasks."

"The Sport … goes 100 percent above and beyond,” Pierce said. “It gives you everything: NFC, heart rate, GPS, LTE, barometer, heavy-duty waterproofing so you can swim with it."

"Each will appeal to a few people, but neither will work for most people."

"Neither model fixes the biggest, thorniest smartwatch problem: battery life. With fairly tame use, I got 24 hours of battery life, though a workout or phone call sends the battery plummeting."

The Good
Dan Graziano at CNET said the LG Watch Style’s crown is "a lot smoother than using a finger, and helpful for scrolling through notifications when wearing gloves."

Scott Stein, who reviewed the LG Watch Sport, wrote that it  " allows some nice stand-alone features, not just for runners but for anyone who wants to use a watch instead of a phone. Android Pay is enabled, and clicking the bottom button on the Sport lets me pay at any tap-to-pay Android Pay-enabled spot."

Graziano: "[The Style is] comfortable on my wrist, but the lack of heft and plastic back give it a cheap feel."

Stein: "Using GPS, Bluetooth for playing stored music on the watch, and built-in LTE takes its toll on battery fast. On most days, even in casual use, I burned through the Sport's battery in less than a day."

Frederic Lardinois: "What you get with the LG Watch Style then is a basic Android Wear smartwatch that looks good and won’t break the bank."

Brian Heater: "Size issues aside, LG’s actually designed a pretty nice, understated watch, with smooth lines more reminiscent of the Gear S2 than the S3’s many ribbed and numbered edges."

Lardinois: "As for the [Style’s] screen, I found the touch response a bit twitchy at times. It would often think I tapped something or swiped when that wasn’t my intention at all."

Heater: "The lackluster battery life [of the Sport] is definitely a ding against the watch, as is the general lack of anything exceptional from a hardware standpoint. If you weren’t convinced you needed a smartwatch before, LG’s new offering is very unlikely to tip the scales."

Cherlynn Low appreciated the LG Watch Style’s rotating bezel, as well as its "IP67 rating for water and dust resistance."

Chris Velazco said of the LG Watch Sport: "I'd go as far as to say the Sport would look as good nestled under a suit sleeve as it would on the trails."

Low: "For a watch with the word 'style' in its name, the Watch Style is a letdown from a design standpoint."

Velazco: "...The [Watch Sport’s] body will be too chunky for some, and we wish the battery lasted much longer."

Dan Seifert at The Verge said  "[The Sport's crown is] a complete copy of the Apple Watch’s Digital Crown, but it’s both convenient and easy to use. It might just be my favorite thing on these watches."

"[The Sport] isn’t the type of watch that pairs nicely with a dress shirt or formal occasion (and it doesn’t fit under a good number of my shirt cuffs),” Seifert said. “It isn’t particularly comfortable to wear, either, even on my medium-to-large sized wrist.”