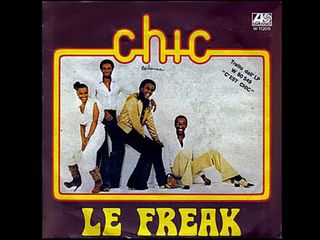 The FREAK flaw in Web encryption disclosed Monday (March 2) is serious, yet affects only some browsers on some platforms. Here's how to tell whether you're affected, and what you can do about it.

University of Michigan researchers have put up a website, https://freakattack.com/, that tells you whether a browser is vulnerable and offers additional information about the attack.

FREAK, an acronym for Factoring attack on RSA-EXPORT Keys, undermines the security of encrypted Web connections, designated by the "https" prefix or a padlock icon in a website address. (Unencrypted "http" connections are not affected, but were never secure to begin with.) An attacker could use the flaw to intercept an online banking or retail session and gain access to the victim's account or credit cards.

Google is patching Chrome on OS X against the FREAK flaw today (March 4), and Apple promises a fix for Safari on iOS and OS X for next week.

The following Web browsers are vulnerable to FREAK, according to our tests using freakattack.com:

The following Web browsers are safe from FREAK, according to our tests:

What to do about FREAK

Here's what you need to do now to protect yourself from FREAK attacks:

Windows:No worries — you're safe. Use Chrome, Firefox or Opera.

Mac OS X: Use Firefox, or force an update to Chrome 41 by going to "About Google Chrome" under the Chrome menu in the top left of the screen.

iOS: Until Apple pushes out a patch, use the Chrome browser.

Android: Use the Firefox browser. Google has a patch ready for Chrome, but it's up to device makers and wireless carriers to push it out to most Android users.

Linux:You're probably safe. Use a browser other than Opera.