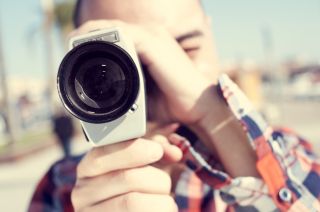 Chances are, there are hundreds of videos languishing on your smartphone, DSLR or compact camera. Instead of letting it collect dust, why not polish it up to share with family and friends? That's where a good video editing program comes in.

Among the paid software, only one — Adobe Premiere Elements 2020— is truly cross-platform, and it emerged as our top pick. Despite its lack of emerging popular technologies, like 360-degree video handling and multicam editing features, it's the easiest video editor to learn and use, and offers plenty of advanced functions, such as guided edits and a revised home screen.

CyberLink PowerDirector 18 is the best video editing software for Windows, featuring a dazzling array of tricks and treats; plus, it's great for editing 360-degree videos, too.

Apple’s iMovie, which competes only with cross-platform free apps and Adobe Elements, is the obvious choice for the best Mac video editing software, thanks to its outstanding output, themes and trailers, macOS integration, and features that encourage good moviemaking skills.

For the best free software, HitFilm Express gets the nod for its abundant cinematic capabilities and stylish interface. If you often share your videos on YouTube and other social media platforms, the free, cross-platform VideoPad is your best option.

The best overall video editor under $100

When it comes to user-friendliness, sophisticated features and ways to output your video, the best video editing software under $100 is the cross-platform Adobe Premiere Elements. For 2020, Adobe imported its artificial intelligence Sense.ai to make it easier to perform edits. Its Guided Edits feature remains a great tool for demystifying the entire process for novice filmmakers, and there's now additional support for 4K resolutions and stabilized video. However, Adobe only made some minor improvements over the previous year, so if you have a recent version, you may not see the need to upgrade.

CyberLink PowerDirector is the best video editing software for Windows users, in that it offers a dazzling array of fun, advanced video editing features wrapped in a stunning, easy-to-use package. New features include a refreshed interface and the ability to edit and export video in a social-app-friendly 1:1 ratio. While PowerDirector is a consumer product, it appeals to the most creative and adventurous of amateur filmmakers.

Update: iMovie is now on version 10.1.12. Recent updates have disabled sharing videos to iMovie Theater and Facebook; you have to save your movies to iCloud Photos to watch them on other devices including Apple TV.

For version 12, the free HitFilm Express has a redesigned, more intuitive interface and plenty of powerful features. While meant for prosumers—there is a bit of a learning curve—beginners shouldn't have too much trouble creating YouTube projects. Add to the fact that it doesn't cost anything, and you get the best free video editing software.

Corel VideoStudio, an outstanding editing package for beginners on the Windows platform, is a powerful but easy-to-learn app for anyone who wants to make simple videos quickly without fussing around with complex controls. Its spare but inviting interface offers 360-degree video editing, enhanced lens-correction tools, and 3D text editing.

Editor's Note: Corel VideoStudio 2019 has been released; stay tuned for our review.

Visit Site
Intuitive and easy to learn
Supports 360-degree camera editing and output
Works on Macs and PCs
Lacks some advanced features like multi-cam editing and motion tracking
Mac and Windows free versions work differently
Certain features time out of the free non-commercial program
Difficult to tell whether you have downloaded the free or trial version, especially in Windows.

VideoPad is a comprehensive cross-platform software package for the YouTube social media crowd. While this app lacks the flashy, whiz-bang appeal of some commercial apps, it’s still a rock-solid choice for simple video editing. From the main menu, you can choose which social network you want to upload to. The app offers a number of YouTube choices ranging from 480p to 4K, as well as Facebook, Flickr, Dropbox and Google Drive, and is free for non-commercial use.

A powerful pro-level, cross platform app, you’ll want to use DaVinci Resolve on a system with discrete graphics to get the most out of this video editor. The latest version of DaVinci incorporates Fusion, previously a stand-alone application, which brings with it four high-end video-production modules for editing, color correction, audio production, and video effects and motion graphics. This video editor is quite powerful, but has a bit of a learning curve. If its 256-page manual doesn't intimidate you, high-level enthusiasts will find a lot of tools at their disposal.

We tested more than a dozen programs — paid and free — on consumer Mac and Windows laptops for more than 100 hours, to see which are the best for editing, as well as sharing your videos with friends and family.

We evaluated all of the software based on functionality, ease of use, performance, sharing options and new features in the latest versions. We also judged the packages based on real-life uses for a number of categories, including best overall, best free app, best for beginners, best for YouTube maestros, best for Mac users and best for Windows platforms.

There’s no reason for the occasional video jockey to fork over any cash, as there are plenty of free apps available for both Windows and Mac. But while the deciding factors for free and paid software may appear to be based on cold hard cash, that’s not the whole story.

People who are looking for a more powerful editor with a variety of built-in resources, responsive technical support and more would be better off dropping some cash on a video editing program.

However, there’s a third option: You can download software such as VideoPad or HitFilm (which offer all of the basics) for free, and then purchase additional features à la carte as your experience and needs grow.

Performance results are important, but they’re not critical components of software evaluations, because depending on your hardware setup, your mileage will vary. By comparison, ease of use, interface and features carry more weight than export clock speed. Nonetheless, as a single measure among many, speed testing provides valuable comparative information.

As several of the programs on this page have been updated with newer versions since their initial review, we are currently in the process of re-testing them. At the same time, we are upgrading our testing platforms, from laptops with integrated graphics to those with discrete GPUs. This will better reflect the improvement in performance from apps that can take advantage of discrete graphics cards. Stay tuned for the results.