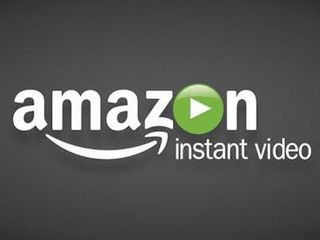 It's a busy time for cord-cutting set-top boxes — or at least for rumors about them. Amid growing talk of an imminent Apple TV update, tech news site re/code reports today that sources have confirmed that Amazon's long-rumored rival to Apple will go on sale as soon as March. Which raises the question: Do we need yet another set-top box?

Perhaps, if only to more easily see the huge and growing selection of videos that Amazon Prime Instant Video offers. Though not as big as Netflix, Amazon offers one of the larger online video catalogs — including many newer titles that Netflix lacks. And like Netflix, Amazon is producing its own line of original programming, now shot in 4K.

Prime Instant Video is available on dozens of devices including HDTVs, mobile gadgets, game consoles and set-top boxes. But it's weakest in that last category. Amazon is absent from Apple TV, the most popular set-top box by sales, and unlikely to be allowed on the device of its video-selling rival, Apple. And while Amazon Instant Video is on Roku, Amazon (and all other providers) recently got sidelined when Roku began promoting rival service M-GO as the default movie and TV service on its home screen.

But you'd have to really like Amazon to buy a set-top box just for its video service — assuming the rumored box is a one-trick pony and won't support rival services. And even if it does offer content from many other providers, what's to make it stand out from Apple TV and especially Roku, which do the same? Then again, there is also speculation that the box will be free, with Amazon making money on the video service subscriptions and on-demand purchases. Furthermore, re/code also reports that the box may double as a game console for Android games, as it's expected to run Android OS, as Amazon's Kindle Fire tablets do.

A cheap, or even free, game console could be appealing — or not. The excitement quickly faded for Android game console Ouya, which had set records for way overshooting its Kickstarter funding goal. When the anticipated device finally emerged, it proved to be underpowered and sorely lacking in game titles made specifically for the box. Amazon could get around some of those problems by running a version of Android that lets it play any games downloaded from the Google Play story. If you can play "Candy Crush" on a mobile, why not on a TV? The lack of a touchscreen could make it a lot less fun, however, though perhaps a smartphone could serve as a remote control, as it can for Apple TV and Roku. Still with PlayStation 3s and Xbox 360s selling for around $200 (on Amazon) and capable of so much more (including having more entertainment apps than the new consoles), what's the appeal of a box with perhaps only one video service and games not really meant for playing on TVs?

It will certainly be a struggle for Amazon to squeeze in next to all the other TV devices — even if it is free. At $35, Google Chromecast is practically free, and it can stream Amazon Prime Instant Video as well as anything else that plays in a Mac or PC browser. (An Amazon Chromecast app isn't out of the question, either.)

But then again, Amazon is one of those few companies — along with Apple, Google and Roku — that can get people to change the way they think about technology. The Kindle readers are one-trick ponies, supporting only Kindle ebooks. And even the Kindle Fire is heavily slanted to promoting Amazon content. And those devices are very popular.