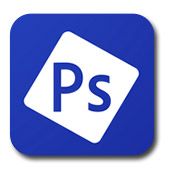 Adobe's Photoshop Express Mobile is a simple photo app that delivers on image quality and ease of use, but it doesn't offer as many tools and controls as other apps.

Photoshop (PS) Express Mobile's strength is its Adobe heritage that comes with a clear understanding of imaging science wrapped up in a highly accessible interface. But if you're looking for Photoshop-like functionality, creative control and versatility, PS Express Mobile isn't the best choice.

The main page of Photoshop Express Mobile gives you an unambiguous starting point: an uncluttered screen with only three (or four) large icons to choose your photo source. You can use your device's camera to take photos from within the interface. (Since PS Express Mobile doesn't support video, the movie icon is grayed out in the camera.) In addition, you can import still images from Adobe Revel, your device's Gallery, or, if you're an Adobe Creative Cloud (CC) subscriber, from your online CC storage.

PS Express Mobile is the only app we've reviewed that supports RAW files, as well as JPEG and PNG. The RAW support (plus the connection to Adobe Creative Cloud) makes it more useful for professional and advanced photographers who need a tool for quick and dirty edits while on the road.

The Editing window has six icons on the bottom of the screen: Looks, Crop, Corrections, Redeye, Borders and Healing Brush. Like several other photo-editing apps, such as Instagram, when you tap on an icon the options for that tool or category of tools is displayed under your picture.

Looks are predefined filters that may not knock your socks off in terms of special effects, but they tend to produce good quality images. For instance, the Aquatic filter creates an attractive monochrome image with a very slight blue cast. A slider controls the strength of the Look from very subtle to full power.

PS Express includes only 23 Looks (which is fewer than most of the other apps we've reviewed), but Premium Looks are available for $5. Similarly, the Adobe Advanced Pack (for another $5) offers Adobe quality noise-reduction and defogging (which ups the contrast). The seamless integration of the add-ons could be frustrating to users who aren't interested in spending money on the app, but are pulled in by the smooth marketing of having them in the interface as an extra tab.

The Crop section includes a straighten slider, rotate and flip, in addition to the crop tool. You can constrain your crop to device size (great for screen savers), to a square (for Instagram) or to other popular aspect ratios, such as 4 x 6 and 5 x 7.

The Corrections module is where PS Express Mobile reveals its Photoshop heritage for quality image editing, with sliders controlling clarity, tint, sharpness, contrast, highlights and more. On the other hand, the Healing Brush, which is one of desktop Photoshop's highly useful tools, doesn't quite cut it in the mobile app. We found Facetune's Patch tool and PicsArt's Clone much more effective, because they allowed us to define the source within our picture that would be used to hide blemishes and wrinkles.

Sharing options are comprehensive and include Instagram, Facebook, Twitter, Tumblr, Flickr, Adobe Revel, text messaging and email. On Android, you can share on Google+ and other applications installed on your device. In addition, if you have a CC subscription, you can save your picture to your Adobe Creative Cloud storage, where your pictures are available to your other Adobe applications from any other device or computer. However, you can share only one image to a single site at a time.

What Users Are Saying

iTunes users are very keen on the Photoshop Express app, rating it 4.5 stars by more than 600 users of this version. Nearly 400,000 Google Play users have given it 4 stars. Complaints from Android users seem to be a general disappointment that this app is not more full featured and full Photoshop-like in its features. The iOS users' comments are more likely to indicate that a user had bought the additional editing packs.

Just because an app sports the Photoshop name doesn't guarantee you're going to have a Photoshop-like experience. Instead, Photoshop Express Mobile is a purposely limited app that delivers on image quality and accessibility, but offers only a handful of tools and comparatively few creative controls. For Photoshop-like mobile editing, we recommend PicsArt or Pixlr, over Photoshop Express.