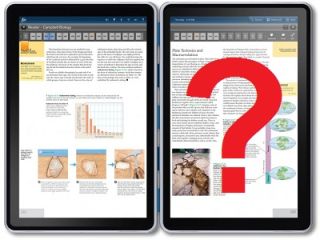 Ahh, vaporware. It's always fun to speculate about long-awaited products, but it's equally sad when something innovate and drool-worthy goes the way of the Dodo. While some never-realized products achieve legendary status and don't arrive for many years or even over a decade (I'm looking at you, Duke Nukem Forever and Infinium Phantom), many will languish for a year or two before being released or officially canceled.

First up: LG's Extreme Slim LCD displays. These 42-inch HDTVs were first shown off in late 2009 and made a splash at CES 2010, thanks to their ridiculously thin profile of only 2.6mm and a total weight of under nine pounds (4 kg). To put those figured in perspective, the iPhone 4 is about 9.4mm thick, and as Ray Boyd taught us in Jerry Maguire, the human head weights eight pounds! Even the thinnest LED-LCD displays today are three times thicker, so the sub-3mm mark was something to be worshiped.

So what's the status? Missing In Action (MIA). These displays never made it to market, and did not show up at CES 2011. To top it off, LG has been largely mum on the subject, offering no official word of cancellation or impending release.

Frankly, we have never been obsessed with the thinness of an HDTV; we certainly appreciate the effort, especially if it makes for a beautiful design, but as long as it can be hung on a wall or have space behind it to hide an HTPC, we can survive. The worst case scenario for these Extreme Slim displays: whatever research that went into these displays undoubtedly made it into commercially-released products. This of course is the worst case scenario for any unreleased product by a big company like LG.