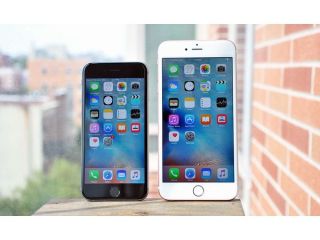 If there's one area where the iPhone lags behind Samsung's Galaxy S7--other than the better camera--it's the display. The Galaxy line has offered an organic light emitting diode (OLED) screen for several years, which offers richer colors, better black levels and consumes less power than a traditional LCD.

According to a new report, Apple is finally jumping on the bandwagon with an OLED phone of its own, but it doesn't look like it will make it into this fall's iPhone 7.

“Some tooling or machinery orders now set up suppliers for the fall of 2017,” Piper Jaffray analyst Gene Munster told Bloomberg. “It sets up the iPhone in the fall of 2017 to be more of an impactful upgrade than the fall of this year.”

MORE: 15 iPhone Tips Everyone Should Know

The report says that Applied Materials has received new orders from "the leader in terms of mobile products" that total $700 million, compared to just $180 for the same period last year. That's a surefire sign that Apple is ramping up for a major upgrade.

So why can't Apple pop an OLED screen in this year's iPhone 7? It takes time. Applied told Bloomberg that it takes as long as three quarters to build, deliver and install its large machines for making the panels.

If such a marquee feature won't be making its way to this year's iPhone, you might be wondering whether there's anything left to get excited about for this September's launch. Based on various iPhone 7 rumors and leaks, Apple's flagship should offer a more powerful dual-camera setup (at least on the larger iPhone 7 Plus), a more durable water-resistant design and faster performance.

But it looks like those looking for a truly dazzling upgrade may want to wait.