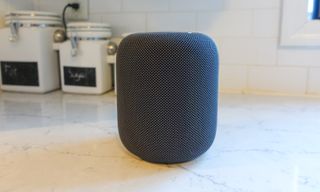 Since Apple unloaded iOS 13 on our iPhones last month, the mobile software has wreaked some havoc. Between disabling alerts for video doorbells and dropping calls, the latest update has not been smooth. Especially for HomePod owners, who report yesterday's iOS 13.2 patch has bricked their smart speakers.

Not long after Apple unveiled the new AirPods Pro, it pushed iOS 13.2 and HomePod’s audioOS to users. So while iPhone 11 Pro owners could start taking photos with Deep Fusion, they could no longer use their HomePods to ask Siri for the weather.

Users report that their HomePods bricked from attempting to reset the devices after updating to iOS 13. Those who did not reset seem to have avoided this mess. But several were motivated to reset when the advertised features of iOS 13, like Handoff, weren’t working.

Needless to say, users are vexed. The unresponsive HomePods are stuck in a loop of attempting to download and update, leaving users unable to speak to Siri.

Also following the audioOS update, Apple Music went down. The outage is over, but it is unclear if it was related to the HomePod flaw. It also in unclear is Apple pulled the iOS 13.2 update as a result of these reports. Reddit users say they couldn’t install iOS 13.2 for some time late last night.

In a support document detailing how to reset your HomePod, Apple says users who have HomePods running iOS 13 should contact Apple Support.

Earlier this month, Google Home and Google Home Mini speakers faced a similar problem. Users reported an automatic firmware update bricked their devices. Google promised to replace the unresponsive speakers, so we’ll see if Apple offers to do the same.

We’ve reached out to Apple and will update this story if we hear back.