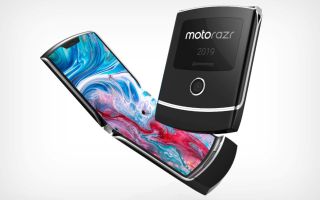 Motorola is on track to unveil its first foldable phone by the end of this year despite missing its proposed summer launch, a source close to the company told CNET.

There’s no information about the exact date Motorola will announce the device, rumored to be called the Razr. Reports of the company working towards a new, all-screen bend to a reboot of its classic flip phone have been swirling since January 2019.

Right now the only foldable phone available is the Samsung Galaxy Fold, which faced a months-long saga of issues before finally releasing its do-over device to the public on September 27.  And the Galaxy Fold re-launch is not off to the best start, with one reviewer reporting a damaged Fold screen after one single day of use.

The Razr might also follow Huawei’s Mate X. Huawei has announced their variant of a folding phone but it hasn’t hit shelves yet. It, too, has dealt with numerous delayed launch dates.

As we’ve seen with the Galaxy Fold, this breed of smartphones is more fragile than what we’re used to with, say, our iPhones. (Even though our iPhone 11 drop test might suggest otherwise.)

Hopefully Motorola has been taking notes from its larger smartphone competitors. They’ve certainly been following suit with scheduling woes, but answering complaints the Fold is facing about dust and water resistance could set the Razr apart.

If CNET’s source is accurate, we’ll be finding out more about Motorola’s folding Razer smartphone soon. Until then, stay up to date with our Razr news and rumors page for the latest information.