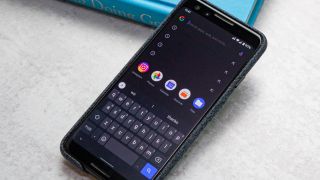 Most manufacturers are mum about when the Android 10 update will arrive to their existing phones, but Google has just confirmed which brands are making the move before the end of the year.

In an October 23 Android Developers Blog post, Project Treble Architect Iliyan Malchev gives a list of the manufacturers that have committed to a 2019 release.

Project Treble is a Google program designed to accelerate the adoption of new Android releases in existing devices. The effort was put in place because of the extreme fragmentation in the Android market. And the picture is not improving fast enough.

While iOS 13 hit 50% adoption in all Apple devices within days of its release, new versions of Android get adopted at a dramatically slower pace. In fact, fragmentation is getting worse, according to the latest official statistical data from May: only 10.4% of Android devices run Android 9.

In his update, Malchev assures that they are really pushing to change this situation amidst the increasing complexity of the OS architecture and the overhaul of many of its components.

As a result of their effort, Malchev says, both Xiaomi and Essential released Android 10 updates on the same day it was announced by Google. While Essential only has one phone, Xiaomi only did it for Redmi K20 Pro, while the rest of its models will be getting them gradually over these months. “HMD Global’s Nokia 8.1 has started to get the update this week”, he says in the post.

Which brands will release Android 10 updates before 2020?

According to Malchev, these are the brands that will release stable Android 10 updates in some of its phones before the end of the year:

He points out that Samsung started their Android 10 beta update deployment on October 12, which is more than a month earlier than last year.

Most notably, Samsung will support the update in most of its recent phones — but not the Galaxy S8. The Galaxy S9, Galaxy Note 9, Galaxy S10 and Galaxy Note 10 will all get it, plus many of its A series phones. It’s still not known if Huawei will be getting this update, given that the company is on the U.S. government black list of foreign companies.